Conquerors of the Atlas and Watchstones

The Atlas of Worlds has received significant changes in Patch 3.9.0 Metamorph League. Zana’s entirely questline has been retuned and rebooted, with all new Atlas mechanics and the retirement of the old shaping system. Stay tuned to our Atlas guide leading up to and throughout the release of Patch 3.9.0 in order to make sense of the new Atlas mechanics and the best strategies to deal with the Conquerors of the Atlas.

In 3.9 Metamorph you will also be able to upgrade regions of the map using a new item that sockets into the Atlas: the Watchstone. Watchstones can be obtained by defeating the new Atlas bosses released in Conquerors of the Atlas. Rather than shaping an individual map to a higher tier, the Watchstones improve an entire area of the Atlas, occasionally unlocking new areas for you to explore.

The Conquerors of the Atlas and the Awakener

The Conquerors of the Atlas are four new bosses that have been introduced to the game. Conquerors occupy regions of the Atlas and are randomly encountered as you enter maps. Once a Conqueror is first encountered, they will no longer leave that region until they have been encountered several times. By speaking with Zana you will be able to access their citadels and engage them directly. Once the four Conquerors have been defeated several times the player will be able to access the ultimate and fifth boss, Sirius the Awakener. Players who played during the original Atlas of Worlds and War for the Atlas expansions will find this system of four guardians and a final boss very similar to that of the Shaper and the Elder.

Sextants have been updated in Conquerors of the Atlas. Apprentice, Journeyman, and Master Cartographer’s Sextants have all been retired. In their place, three new types of Sextants exist:

Strategies in Metamorph 3.9 and Conquerors of the Atlas

The best strategy is currently to stack four Watchstones in a region as early as possible, providing you are able to handle the upgraded maps. For each region of the Atlas that has four watchstones socketed your Awakening level is raised by 1. Not only does this allow you to access high level end-game maps early on for the best experience per hour, but raising your Awakening level has a variety of other benefits, such as additional map sustain and chance to obtain bonus loot.

Once you encounter an Elderslayer in one of the maps region you can also opt to move your Watchstones there. This will allow you to grind out the encounters at a level appropriate to your current progress, but will make the boss fights respectively more lethal. Once the Elderslayer’s citadel has been found the Watchstones socketed in the region will become inaccessible until you have defeated the boss, so take care not to set the level too high for you to manage. 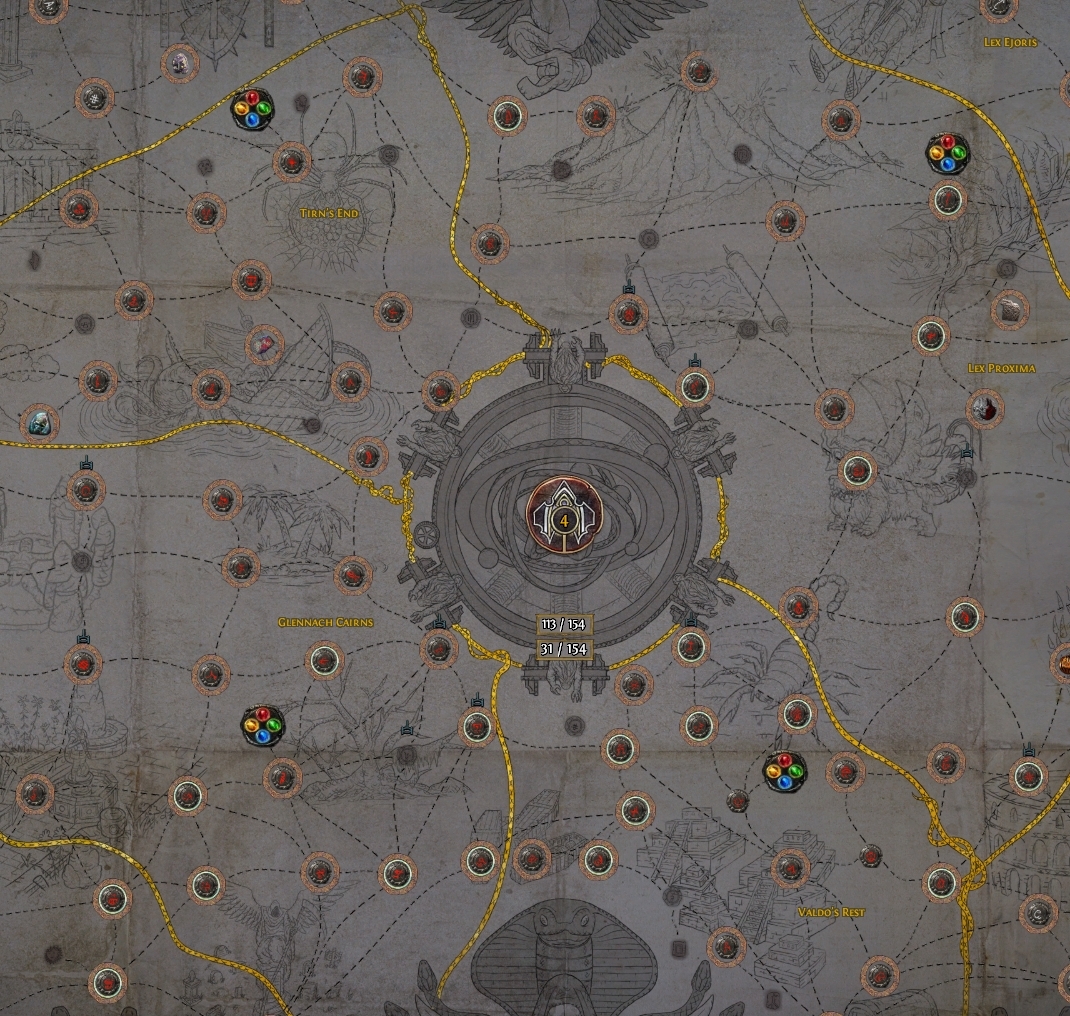 You will want to set Watchstones in regions with desirable maps to grind. New Vastir, for example, has a high concentration of maps that have simple or dense layouts, making it a good choice for Watchstone placement early. Lex Proxima and Glennach Cairns also have maps with a fair amount of excellent maps, including several with Divination Cards that allow you to sustain your grinding, such as

The Survivalist from the

Ultimately, your Watchstone placement is personal preference. Choosing based on your own pleasure will result in a better game experience and keep a smile on your face through your many hours of progress towards reaching the Awakener.