Earthquake has seen its fair share of popularity in leagues past, and with a suite of melee buffs, reworks, and rebalances accompanying Patch 3.7 Legion it was the perfect time for its resurrection. In Patch 3.11 Harvest League it has been reclassified as a “Slam” skill, and has only gotten stronger with the inception of supports such as

Earthquake is an immensely fun and simple skill to use, and has a really comfortable relaxing style of play. When you use the skill there is an initial impact, dealing a hefty amount of damage, but after a slight delay the ground will erupt in an Aftershock that has a larger AoE and deals far more damage. Since Earthquake’s size can be easily scaled through the Passive Tree, this skill is a perfect combination of single-target capability and excellent clear.

One of the really nice things about

Earthquake is that it does not require any special gear to get rolling. Since the base damage is relatively high and most of the essential damage is obtained from the tree, this build makes an excellent candidate for both League Starting, Solo Self-Found, and Hardcore leagues alike. Even extremely cheap Uniques, such as

Marohi Erqi, can be easily incorporated very early in the league to get you smashing apart content quickly.

There are a variety of ways to scale the build deep into the end-game, and that flexibility is another attractive reason to play the build. If you do not have the currency to fund “GG” Jewels or crazy weapons, well, that is just fine — you can be clearing up to The Shaper for no more than 10-15

Chaos Orbs. If you are a player with some wealth to spread, however, you can take this build into the stratosphere, retrofitting it for Critical Strike and Multiplier and ripping apart bosses such as the Uber Elder with relative ease.

Earthquake is a real classic and a heap of fun to play, with no complex mechanics or expensive items necessary to get smashing.

Earthquake is a two part attack, it grants the player a fair amount of flexibility and mobility for a melee build. You can slam and reposition before the aftershock even detonates, which actually grants more safety than you might expect, particularly against dangerous and quick enemies like the Immortal Syndicate.

Once you get used to the cadence of

Leap Slam into a pack of enemies, tap

Earthquake, and leap away. If the initial slam failed to kill all the enemies, you can be sure the aftershock will annihilate them.

This is our recommended Level 100 Passive Skill tree.

For much more detailed information on the best gear, jewels, and flasks to use, be sure to examine our Gear Page in its entirety.

You can level with practically any melee skill that is to your preference, including

Earthquake. As with virtually all melee skills, having strong weapons makes a very large difference in ease of leveling, and having several Uniques to upgrade to in advance is very helpful if you are not League Starting.

We recommend leveling with

Sunder, as it is a fairly potent skill for leveling due to its high base damage, compatibility with axes, and early acquisition. Start with

Ground Slam out of the gate, which you will use until level 12, when you can obtain Sunder from Nessa. Your Sunder links, in order of priority, are:

Herald of Ash in Act II and

What Annointment Should I Use for my Amulet? 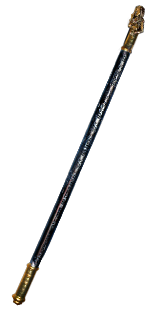 Pillar of the Caged God?

This is actually another great way to run

Earthquake, but it requires an entirely different Passive Skill Tree and gearing process.

This is a tricky question to answer. Simply, because

Lacerate, Critical Strike can feel inconsistent. That is why it is only recommended to swap over once you have enough currency to support a full suite of gear, rather than trying to force it to work while you are starting out. With proper gearing,

Earthquake starts to hit like a megaton hammer on criticals, and is the only way of realistically scaling the build into the extreme end-game, as Resolute Technique’s damage scaling caps out much earlier.

Check out the other pages of the guide for additional information: