Here we are going to take a look at one of the the fastest builds in the game. It is an interesting build that will be using

Flicker Strike as its main skill. With this build, you will be clearing maps within seconds. We will have a decent amount of Life Leach and some Dodge chance for defenses, and as for offense we will support Flicker Strike with Auras and have some nice Ignite mechanics.

The only side-effect to everything mentioned until now is that we will have almost zero control of our character – which means we will not be able to avoid some attacks. The build is also not as tanky as some other builds – which means it is suitable only for Softcore. What will help us keep up our Frenzy Charges and keep flickering all of the time is the mandatory unique 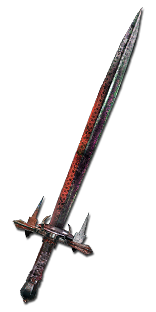 - Impossible to avoid some attacks because of

Flicker Strike and everything within range will just die. While there are no enemies around we will be using

Leap Slam for mobility. On tougher boss fights we will have to switch one of our support gems and we will use flasks for extra damage. We will have 100% Ignite chance which means with

Oro's Sacrifice we will have Frenzy Charges to keep flickering all the time. We will be dealing only Fire Damage so we will be supporting

Flicker Strike with Auras such as

Flammability in combination with

Now that most of the stuff is out of the way, we will need to pick our 100% Ignite Chance for Flickering. This is the End Game Passive Tree

Pendulum of Destruction increases our Elemental Damage by 75% every 5 seconds, it’s a great damage boost.

Next we will pick Mastermind of Discord from the Cruel Lab. It will make us penetrate 25% Fire Resistance while using

Paragon of Calamity will make us immune to Elemental reflect, give us a nice amount of Life Leech, plus give us some extra defenses.

Eternal Lab – Liege of the Primordial

Liege of the Primordial will allow us to summon one extra Golem plus give us extra damage for each Golem we have summoned.

This should be ideally in your Weapon, but it can be in your Body Armour as well and the main gem links are as follows.

Note: We will be able to use two golems at the same time once we get our fourth Ascendancy node.

Vaal Grace is good to have in boss fights, and

Vaal Haste is good to have in boss fights.

For a major god, the best one is Soul of Lunaris for the extra damage reduction.

The mandatory weapon for this build is

Oro's Sacrifice because it gives us Frenzy Charges on critical strike. There is no replacement.

The best option here is 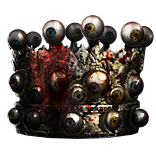 Crown of Eyes, as it will give us a decent amount of Leech and make our Spell Damage increase our Melee Damage.

Note: There is a “#% increased Flicker Strike Damage” Lab enchant. Ideally you can get

Crown of Eyes with it.

Kaom's Heart, as it will give us tons of Life and increase our Fire Damage; you can only use

Kaom's Heart if you have a 6-linked

Oro's Sacrifice. However, at the beginning, before you get the currency, you should start with a Rare Body Armour with the following stats:

Atziri's Step or just a regular Rare boots with the following stats:

Note: The recommended enchant from the Lab here is “Movement Speed increase if not struck recently”.

For rings, having two Rare

Opal Rings is the best option. Stats to look for on these rings are:

The best in slot and mandatory unique is

Impresence (Fire). However, until you get the currency for it, you can start with a Rare Amulet with the following stats:

Note: If you are not using

Impresence (Fire), you will not have Mana for all of your Auras. Drop

Anger until you manage to buy your

Note: It is great to have one

Watcher's Eye with one of the following affixes:

Atziri's Promise for the extra damage and Life leech. Another Unique flask that works amazingly with this build is

Cinderswallow Urn, as it gives us some Extra Damage and Onslaught effect.

Quicksilver Flask and two instant recovery Health flasks. Make sure you have Freezing removal (of Heat), Burning removal (Dousing), and Bleeding removal (of Staunching) effects on your flasks.

This build will be hard to level up. While leveling up you should look for Spell Damage/Life and Resistance on items. Start leveling with

Freezing Pulse and at level 12 get

Herald of Thunder. Use

Clarity if you are running out of mana. At 38 level link your

Unleash Support. You can also use

Praxis if you are having trouble with the mana.

Heartbreaker, as it is pretty cheap and will increase our damage tremendously. Finally, at level 67, start using

Oro's Sacrifice and switch to

This might be one of the fastest builds in the game with decent survivability and boss-killing potential. However, the Flicker Strike mechanics sometimes are the biggest drawback.