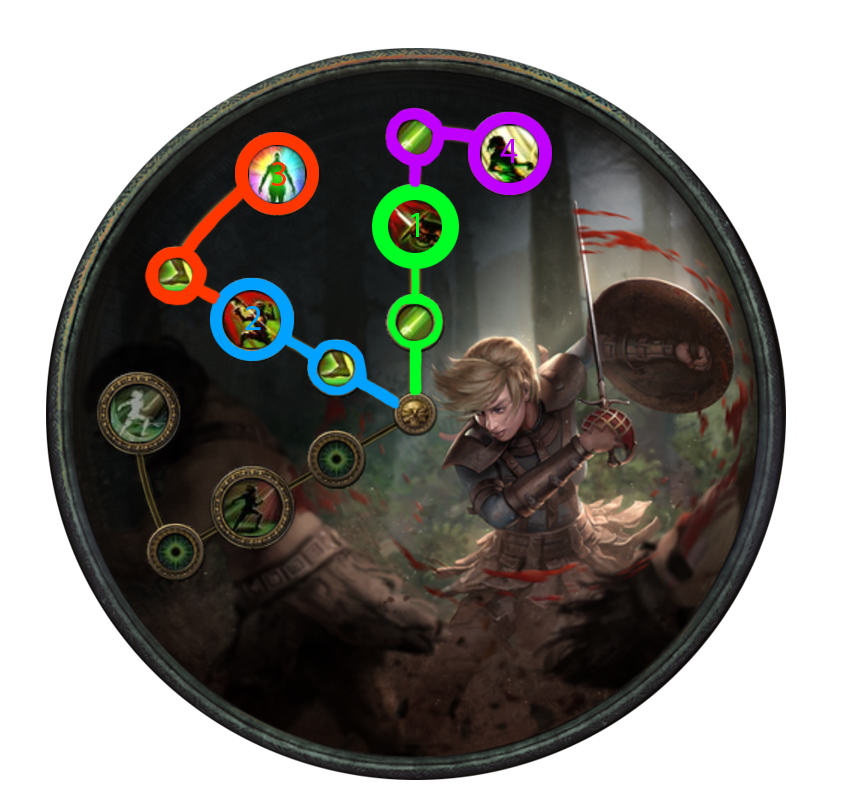 Rapid Assault provides a huge amount of Quality of Life with its permanent Onslaught. It allows us to get rid of

Silver Flasks early on and gives us great leveling speed! Amazing first option to go for. We will be re-speccing this later on.

Quartz Infusion is mostly there to give us access to the next node, but permanent phasing is quite nice to have! 40% extra Spell Suppression is awesome to have. Make sure to start investing into the passive-tree nodes here!

Way of the Poacher is up next, giving us easy Frenzy Access. Large Damage and Speed!

Avatar of the Veil gives us the 50% Ailment immunity that Raider is so famous for! It also provides us with a huge damage boost, thanks to the exposures it applies.

Avatar of the Slaughter at this stage you’ll want to replace the Rapid Assault from earlier, as we should be done leveling by now!

You should kill all since the two passive skill points are more powerful than any of the benefits bandits offer.

However, if this is your first character of the league (which it will definitely be for ME), it is usually worthwhile to help Alira instead, to get the free resistances and Mana recovery, as they’re a lot harder to get reliably for your first character. You can then switch out to the kill all reward later on, using the vendor recipe.

For the Pantheons, you can choose pretty much anything you feel like. I will update this section if I find anything SUPER good, but as far as I can tell, there’s nothing sticking out.

Divine Vessel in the Map Device while you are activating the particular Map that contains the boss you need. Once you’ve killed the boss and captured his soul, you need to deliver the vessel to Sin in Oriath.

If you’ve beaten the Sirus encounter already, you will have to go back to any town in act 6-10 to talk to Sin, as he doesn’t exist in the new Epilogue town.