This build is not updated for the current patch, but we have evaluated it and we consider it to still work as intended. You can try it out, but you may find slight differences between this guide and the current game state. Although viable, this build is not considered strong enough to be an optimal play choice during this league.

The Low-Life Blade Vortex Occultist is a caster-based character that uses Energy Shield instead of Life, specializes in Spell Critical Strikes and applies multiple strong Curses. The build also achieves great survivability and sustain via Energy Shield Leech on the passive tree in combination with

The build can be very efficient even on a budget, once you farm up some currency you can choose to invest into things like

Shavronne's Wrappings in order to transition into Low-Life, which allows you to pick Pain Attunement for 30% extra overall Spell damage.

The build does not require any items in order to work and can be a great league-starter. Once you can afford some more expensive gear pieces, you can start looking for 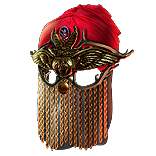 Heretic's Veil, which will help you better utilize your Curses.

Shavronne's Wrappings will allow you to reserve a portion of your Life in order to be Low-Life all the time and benefit from Pain Attunement.

Void Battery has great synergy with the build, simply because we reach 6 Power charges by default.

Offensively, keeping 3-4 blades spinning will be enough to explode monster packs via Profane Bloom. Once you face a stronger foe, stack up your blades and activate

Defensively, the sustain of the build feels great. The Energy Shield Leech in combination with Vile Bastion will keep your Energy Shield full most of the time; once you get hit hard you can recover by using

Enfeeble are utilized via

For playstyle, Shield Charge into packs of monsters and they will die in a second. You will be able to take some hits here and there, since you will most likely have great Energy Shield pool and reliable amount of Energy Shield Leech in order to survive.

With this endgame passive skill tree you will have enough damage and survivability to tackle the hardest content. For keystone notables, we pick Chaos Inoculation and Zealot’s Oath. Besides them, we pick all the efficient Spell damage and Spell Critical modifiers, Energy Shield & Energy Leech, and Curse passive nodes.

The build can be easily leveled with its signature skill as soon as you can equip the gem at level 12.

Here is an example of an early passive skill tree prior to going Low Life.

Freezing Pulse with your signature skill,

At level 24, you should pick up

Discipline in order to level up the gems.

At level 31, you should ascend into Normal Labyrinth and pick up Profane Bloom, at this point you should reserve a portion of your Nana via

Blasphemy Support in order to create a

No Regeneration is rough, Reflect mods and Cannot Leech should be avoided at all costs.

The Low-Life Blade Vortex Occultist is an Energy-Shield-based caster that utilizes very strong Curses, which renders enemies helpless. The character deals great amounts of Spell Critical Damage and its Energy Shield Leech allows you to out-sustain a lot of incoming damage.