Summon Raging Spirits, or SRS, are the red-headed stepchildren of the minion world. Often overlooked, these minions can really shine if you know how to optimize them and use what is considered to be their disadvantages as assets. Their ability to quickly move through packs of monsters, refresh their own duration against bosses, heal you when they die, and blind and stun things around you, make them an all-purpose, all-in-one minion.

The other upside about a build like this is a substantial reduction in minion management and screen clutter. No Predator Support (formerly Deathmark), no

Animate Guardian gearing, no Specters. It’s just you and the boys instead of a Zoo that obscures 80% of your screen.

Sound great so far? This build can comfortably do all content as well! It may not boast the highest DPS you’ll see out there for a minion build; but it is more than sufficient to take on all content, and do so in a way that is forgiving to a new or casual player, turning punishing bosses into reliable farming opportunities.

Here we’ll touch upon all the fundamental basics of how this build works. This will provide an adequate overview so you can make an informed decision if this is the right build for you.

While these to not cover every advantage and disadvantage of this build, I believe these are the important highlights.

+ Mapper – No ‘Dead Mods’ to speak of. You can run anything. Reflect, no regen, no problem!

+ League Starter – Recommended Uniques are extremely common or non-meta, so this is league start friendly!

+ SSF-Friendly – Every recommended Unique has rare-workarounds, allowing you to be flexible when using this build in SSF

+ Modular – You can be as offense or defense-oriented as you’d prefer, with a variety of options at your disposal to customize.

– Damage Halts – Bosses with powerful AoE can wipe out your SRS with a single ability and thus halt your damage. With

– Minion Build – This is a summoner build. The minions will do the damage, and you will do none. You will not be able to facetank things.

As an all-inclusive build, capable of all content, this is the perfect build for those who like to focus on just one character at a time. This build is highly modular, and you can scale it into the 12-15+M DPS ranges should you want to go for high amounts of investment. How much of its proposed safety you want to utilize is also up to you. You can peel pack various defensive layers you do not believe you need to invest in damage.

Primarily a bosser, but this build be played both as quickly or slowly as you are comfortable with. The goal is to get a ‘rolling wave’ of SRS by casting a few skulls, using a movement skill, then casting a few more. Over time you’ll master the ‘feel’ of sustaining the SRS wave, as well as have a better grasp of the aggro range of the skulls and how to best lead them through packs. Unleash helps with this immensely.

Any boss you have have the ability to pre-cast and set up all 20 skulls in advance for will quickly meet its fate, or in the case of all these immunity bosses lately, its phase.

We combine a considerable amount of block (75% Attack Block and 52% Spell Block) with multiple overlapping sources of recovery as the main pillars of this build’s defense. You’ll have Life Flask recovery from a normal Seething

Divine Life Flask, in addition to the powerful

Blood of the Karui Sactified Life Flask. The Life flask perpetually refills due to Soul of Ryslatha pantheon. You’ll also regenerate 20% of your Maximum Life over 1 second every 5 seconds due to the Surging Vitality small cluster notable, with a baseline life regeneration of 8.8%. You can also additionally work in the new Vitality as much as you please. You also gain some recovery from Bone Offering’s Life recovery on block. To top it all off, you’ve got Enduring Cry when all else fails which you’ll use to generate your endurance charges, as well as take advantage of his powerful life recovery effect.

Similarly, your SRS can both Blind and Stun which provides you a natural 50% chance to evade from Blind, and well as interrupting some casts and preventing attacks due to stuns.

In Ultimatum, SRS will remain strong as ever receiving very little numeric changes in the patch notes. The closed in areas play to SRS’s strengths, keeping them contained and letting them quickly move between foes. The overall toughness of this build will shine once you’re fully invested. Staying safe in boss fights is what this build does best.

The current difficulty of Ultimatum is a steep curve, as Chris Wilson did say that characters would have trouble initially clearing every layer of Ultimatum at the start. You may need to adjust the build to suit your individual needs when encountering this content, including running Melee Splash to combat the high density of mobs in these encounters, or running 4L Meatshield Zombies to try to divert attention away from you until you can achieve the gear needed for SRS to dominate these encounters.

Remember, you’ll want to pre-summon all of your SRS, or as many as you are currently able to sustain before starting the encounter to help stay on top of the encounter and dominate the area.

This is the PoB for the end-game version of our build.

To get a quick cursory glance at the passive tree, here’s a link for the part of the end-game build.

Please note that PoE Planner does not support the use of

Thread of Hope or

Small Cluster Jewel. So missing from this planner are the notables allocated by the Thread, including Heart and Soul, Cruel Preparation, and Ravenous Horde. Likewise the Cluster Setups provide the build with quite a lot of damage, utility, and Life. Check out the screenshot below to get a better idea of these setups. 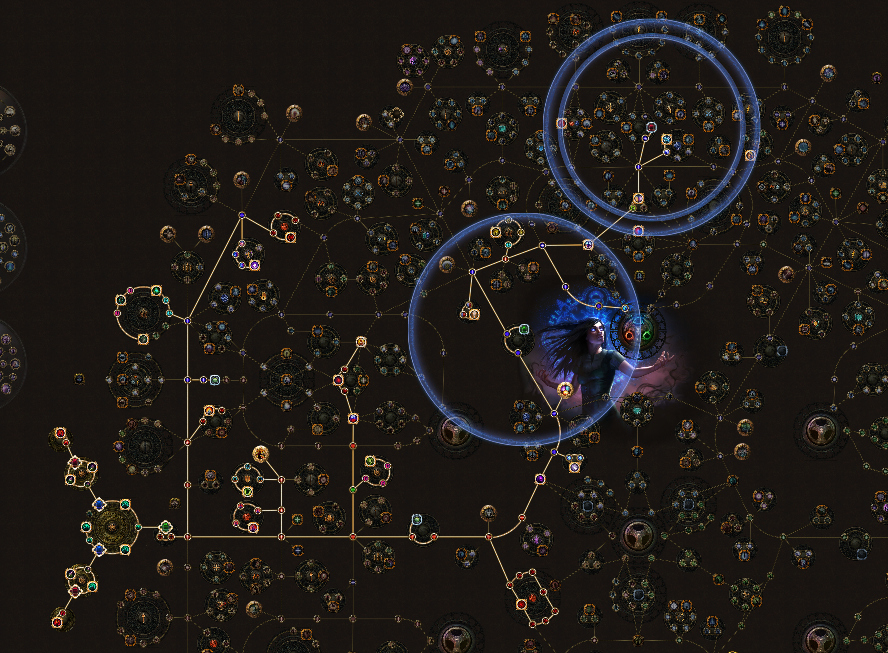 How do I Solve Mana? SRS are Expensive to Cast!

Initially, you may want to rely on 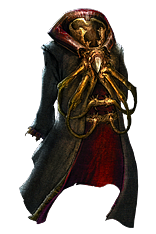 The Covenant‘s Blood Magic property until you can unlock the Betrayal craft for “-mana cost to spells”, or a

Praxis. Similarly, you’ll have wiggle room to invest in either Vitality, Clarity, or both! to help with either Mana solution. Eventually, after you’ve unlocked the craft from Betrayal unveils, you’ll want to craft both of your rings with the crafts that reduce the Mana cost of a cast by a flat amount.

Why don’t you use Necromantic Aegis?

We do not use Necromantic Aegis despite using a 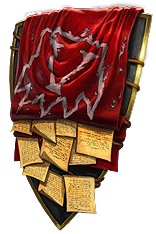 Victario's Charity due to needing the shield for our own defenses. As long as you’re keeping up with your SRS and they are in proximity of your

Storm Brand while you’re clearing, the SRS will still be granted Frenzy Charges. Likewise, pathing over to the Keystone is point-cost prohibitive, especially when you would not be granted Power Charges on sustained single target fights like Sirus.

Don’t worry. There’s detailed steps to crafting most of the gear in the gearing section. I wouldn’t leave you high and dry.

SRS is a underutilized skill gem with a lot of potential benefits and potential scaling. It’s also the skill I learned this game on, as I played it for my first three leagues, and continue to play it in private leagues and SSF/SSFHC. Hopefully, you’ll enjoy the skill as much as I did and do! Thanks for considering it!