Path of Exile’s Ultimatum League is definitely a league that looks Loot-Centered. This implies that the majority of its content is focused around killing monsters and reaping their rewards. From what we’ve seen, it plays very similarly to Path of Exile’s last Challenge League, Ritual, in a sense that the trials you’ll be encountering are always circled around the encounter & require you to kill all monsters to “complete” the current wave.

When you encounter an Ultimatum Trial in an instance (and you will encounter on in every instance), you’ll be asked to fight off waves of monsters while avoiding death. If you complete the current set of waves you’ll get access to the current reward-tier and can either choose to collect the reward or forego it for a new, more potent reward by completing another set of waves. Obviously, the longer you extend the trial & the more waves you fight off, the more difficult the challenge will become. When you fail to complete an encounter, by dying, you lose all rewards and gain absolutely nothing.

Other than standardized rewards obtainable by protecting the Altar, the endgame also introduces Inscribed Ultimatums which are to be brought to a Timemaster’s special domain. These work in similar fashion which means that upon completing the encounter you’re getting a fixed reward. So far, the rewards we’ve seen are very potent. It revolves around sacrificing an item to receive an upgrade or a multiplied amount of said item. For example, you could be asked to sacrifice one

Exalted Orbs if you complete the encounter. 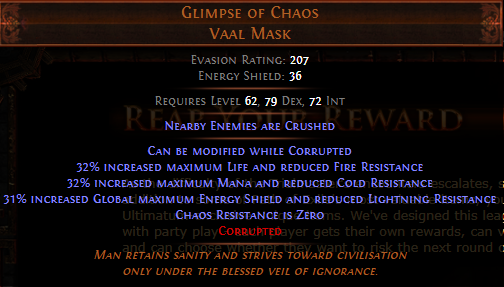 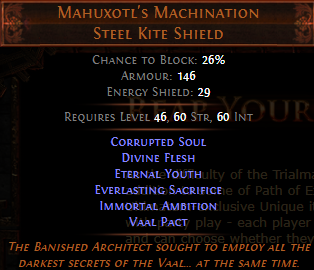 From personal experience, the rewards of Ultimatum, the encounters are fairly rewarding. You’ll often get a decent chunk of currency or an interesting item out of it. Make sure to build your character in a way that it can reliably take as many waves as possible.

There are likely going to be some high-end strategies to maximize the rewards and obtain the correct items, once the league has released. Those strategies and tips will be covered in this section. Feel free to leave a comment down below, if you have some strategies or tips that are not covered in this guide. Depending on how challenging the previous challenge level felt for your build, be wary of going to the next one as it’s generally a pretty steep step up!

Given that there are 3 types of encounters you can find, Survive – Kill & Capture the Circle, there’s different playstyles involved. Do note that it’s incredibly important to understand that moving in this game is considered the most important layer of defense. Therefore, when I saw players trying to capture the Circles one by one I felt sad for not being able to coach them towards a playstyle that’d make their lives a lot easier. If you opt to capture the circles in a moving circular motion, your life will become a lot easier. This means you’ll capture 1/3rd of the first circle before moving to the next and so on. Standing still means monsters will pile up on you and demolish your character.

Because there are so many improvements which were made for this 3.14 release, I felt the necessity to pinpoint some of them. First of all, a lot of highly valueable, sought-after drops have been moved away from being a League-exclusive and were added in to the main drop pools. This means that any monster you kill in the game (above zone-level 40) could now drop the infamous

Headhunter which does provide a little bit more potential “rush” from doing any content.

Next up, they’ve added numerous new Atlas specific base-types meaning that you’ll be able to farm bases in certain regions of the Atlas only. Examples of these were things like 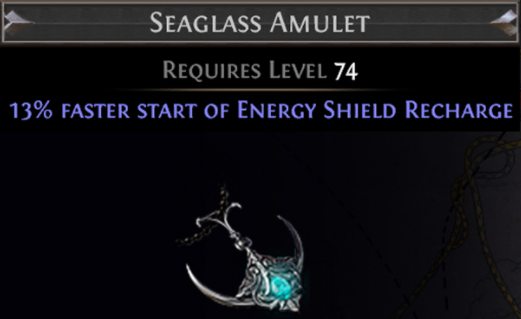 Other than a lot of reworked rewards, changes to a lot of dated League-Content, new vendor recipes, the major change that a large part of players were waiting for is finally here. You will now be able to check your obtained Labyrinth Enchants before choosing which items they go on. You will be offered three helmet enchants and one of each for gloves/boots. This allows you to more adequately pick enchants and choose which item you are going to end up enchanting. This is a huge buff to Labyrinth Runners!

It looks like Grinding Gear Games focused on revamping old content more so than anything else. The League-mechanic looks fairly simple in a sense that it just requires you to “kill more monsters” to “get more rewards” but the entirety of the announcement looks like one of their greatest accomplishments in a long time. A lot of people will enjoy all the newly reworked rewards both in SSF and Trade League environments.

I firmly stand to believe that from what we’ve seen so far, Path of Exile’s 3.14 Ultimatum Challenge League will be one of the most refreshing & fun in recent memory.

Ultimatum League will launch April 16th on PC and April 21st on Consoles.