In addition to what we have seen of the Assassin gems revealed earlier today, and the Summoner gems shown late last week, there have been quite a few exciting reveals for upcoming changes in 3.8.0! New items, divination cards, changes to skills, and reworks to existing items are all here, and many of them are very exciting.

Over the next week, new reveals will be coming every day, and we will have another writeup of everything new next week! 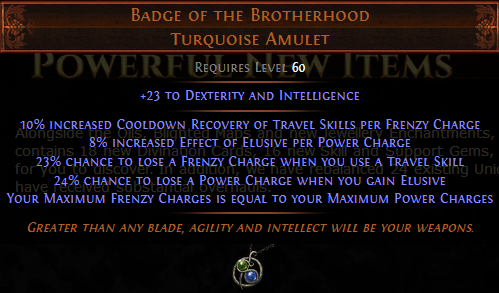 Badge of the Brotherhood offers some potent benefits if you can keep up your power and frenzy charges, granting faster movement skill usage, stronger Elusive buff effect, and maximum frenzy charges equal to your power charges, which could be nine or more for an assassin build scaling them! 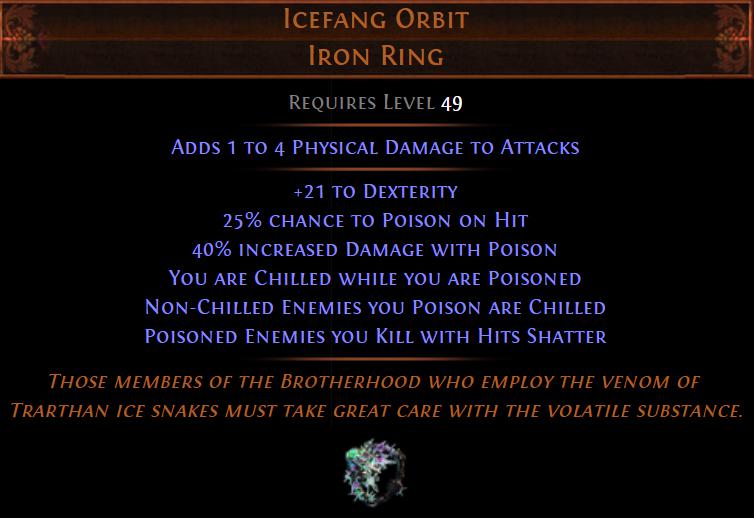 Icefang Orbit offers some truly unique abilities, allowing you to shatter enemies without needing to freeze them. There are plenty of people brewing up some Herald of Ice builds, while others are focusing on the chill aspect, looking to use Winterweave for a hefty action speed bonus. 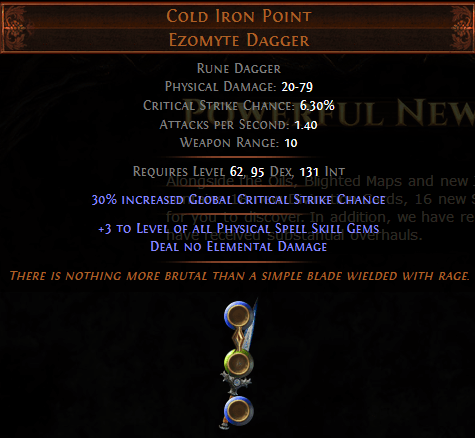 Cold Iron point buffs literally all your physical spell skills by three levels, equivalent to a level 4 Empower, even if they are not socketed in the item itself. This is a trend on a few other items as well, so we will see how powerfully that shakes out, but lots of people are looking forward to this!

If you like minions and dealing massive damage through clouds of death, well, this sure is the item for you! It offers quite a lot of damage to a build specialized around it, perhaps using the extremely high life golems to do the heavy lifting for you. 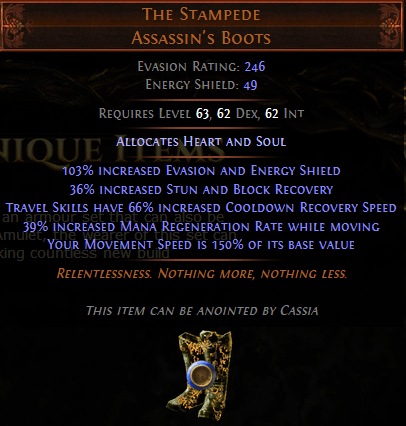 The first of the Blight exclusive uniques revealed, the Stampede offers an enchantable base, using the new oil enchanting system, which can offer powerful passive skills. Its unique movement related abilities may make it quite powerful if you are looking to quickly jump from place to place with Flame Dash or similar skills, without sacrificing movement speed. 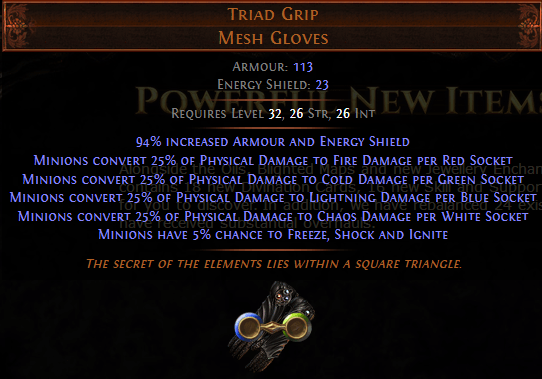 Last but certainly not least, Triad Grip offers extremely potent bonuses to physical minions. Converting up to 100% of their elemental damage to a single element can allow minions to scale with Elemental Equilibrium, as well as the many powerful elemental support gems. Keep an eye on these, as they will almost certainly be making an appearance in minion builds of 3.8.0! 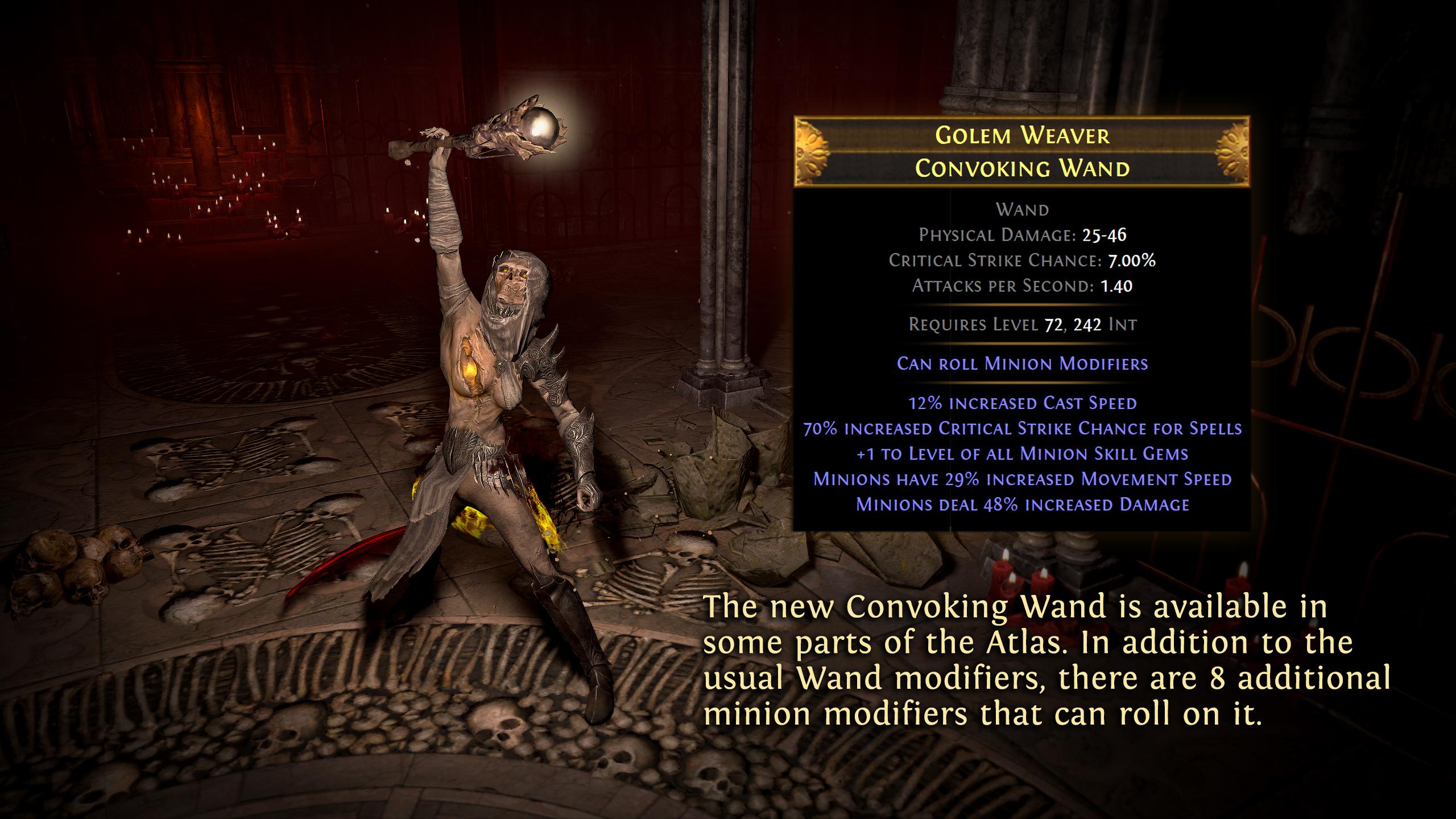 Convoking Wands are a new addition, offering powerful minion bonuses on an exclusive base. This will be atlas exclusive, but offers many powerful options to scale minion damage, a welcome change over the current methods of scaling minions. 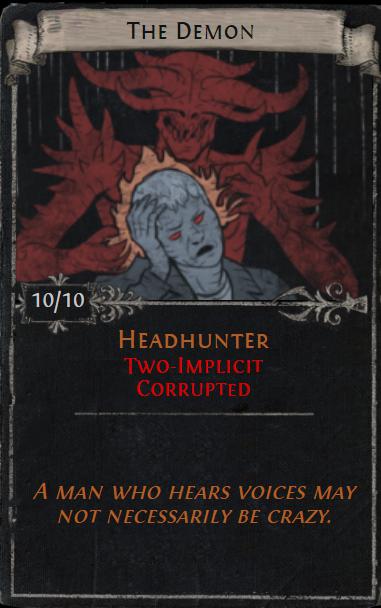 Another new way to claim the almighty Headhunter, The Demon offers a pre-double-corrupted version, potentially offering something truly ludicrous in power! 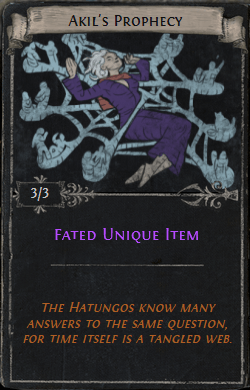 A new way to acquire fated uniques, without having to engage with prophecies, will be a welcome addition for many players! 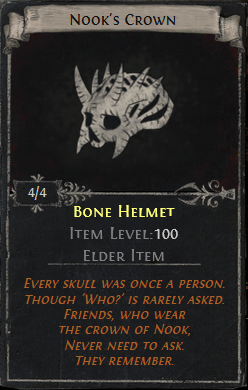 High item level bone helms are always in demand, and with the reworks to summoners coming in 3.8.0, this crown is a welcome way to get some great ones! 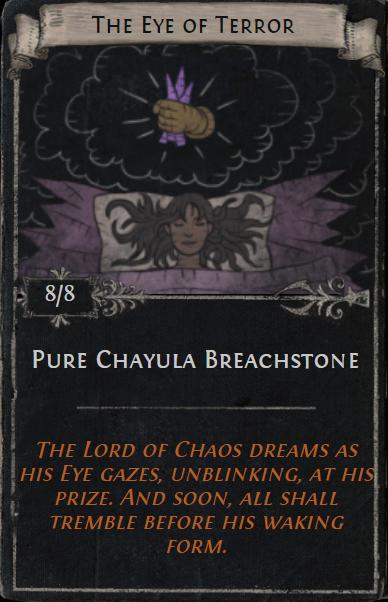 Another way to step into Chayula’s domain is always welcome for people farming to reach level 100, and this one comes purified already! 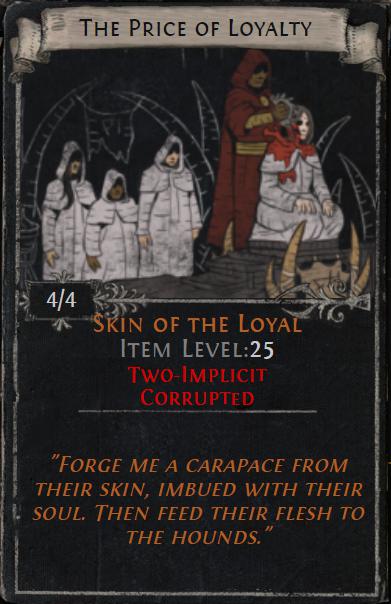 A fun trend in divination cards lately, double corrupted items are always welcome, so this will offer some great offense to those willing to sacrifice some safety!

All we have seen so far on the skill change front are changes to Multistrike and Cyclone. Multistrike is having its mana multiplier lowered by 20%, and its damage is being more normalized, with a smaller penalty to damage, and smaller bonuses to third and fourth hit. Cyclone, on the other hand, is being pretty heavily nerfed. Its base radius is changing from 2+Weapon Range to 11, which is actually a slight buff for certain weapons, or unarmed. However, any weapon range gained otherwise is added as increased area of effect, at 8% increased area per 1 weapon range. Additionally, its added damage bonus is being reduced, cut almost exactly in half. 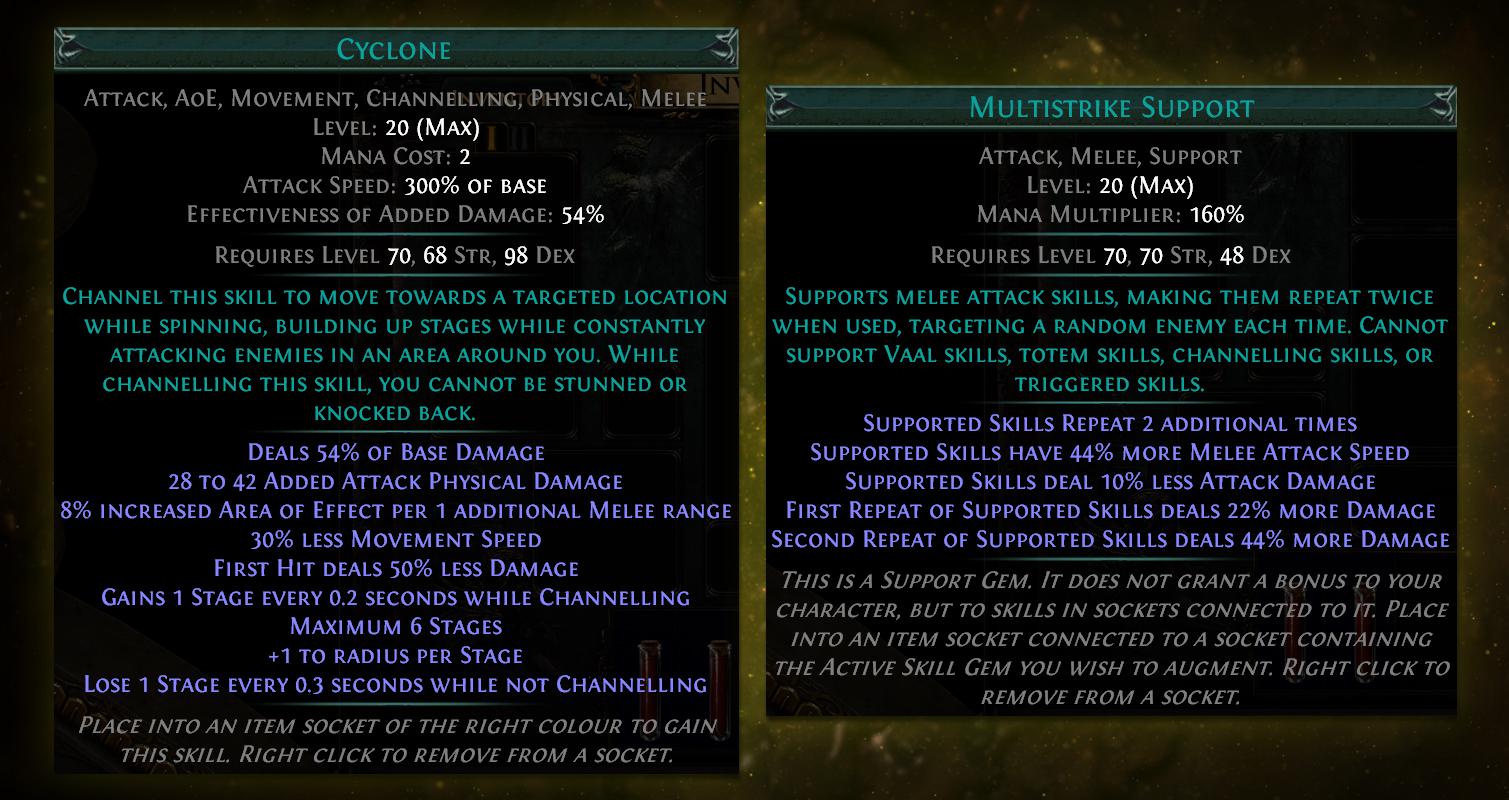 In spite of these nerfs, Cyclone was overperforming so much in 3.7 that it will likely still be a top melee skill. 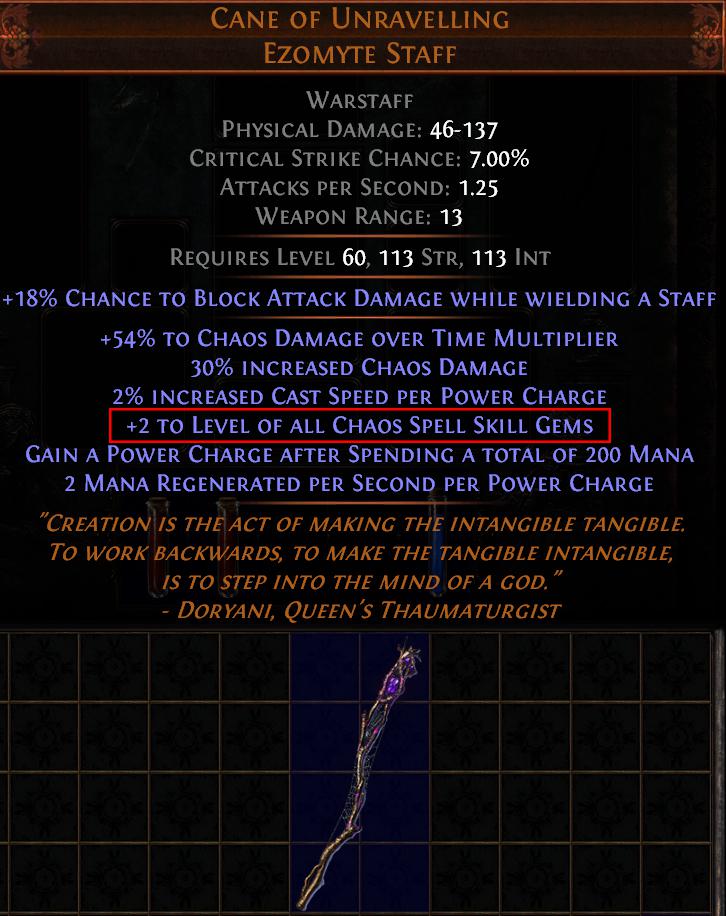 That’s right, in addition to what we have seen with Cold Iron Point, Cane of Unravelling will be getting is now going to be applying globally! This means that having two chaos spell setups will allow both to benefit from this powerful boost, when this staff was already a great pick for chaos casters. According to Natalya, one of GGG’s community managers, this treatment will also be applied to the gem bonuses on the Agnerod staves, Taryn’s Shiver, and the Consuming Dark! This could be a pretty big change, allowing many of these items into the meta. These will also be available on rare items that you craft, so keep an eye out for these changes! 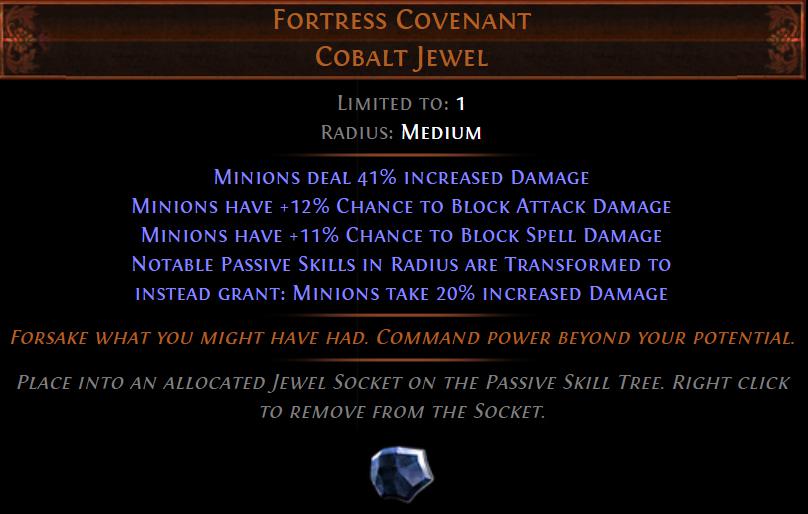 This is a rework to the current Fortified Legion, offering a good chunk of survivability to your minions through block, and a large boost to damage, in exchange for replacing nearby notables with 20% damage taken by your minions. This will likely be taken advantage of by Minion Instability builds, or those looking to use the new Siegebreaker.