The new challenge league Harvest is only few hours away and we are glad to introduce to you a list of our best builds for patch 3.11.

You can also check out our affix tool, which will allow you to see what mods are able to roll on items based on their item base, item level, influence and many more factors.

Furty’s Ultimate Raise Spectre Necromancer will let you re-animate any fallen monster, forcing it to fight on your side. The build is extremely powerful and can destroy the endgame on a low budget.

Vvckd’s Baron Zombies & Skeletons Necromancer build guide focuses on very strong melee minions that will obliterate everything in their path. The build requires some gear investment but beyond that you are ready to tackle everything the game has to offer.

Furty’s Crit Elemental Hit Deadeye is a ranger that can dish out a ton of elemental damage. If you like the swift Bow playstyle this build guide will suit you well.

The Kinetic Blast Power Siphon Pathfinder is an attack-based Wander that will allow you to have a top-tier clear speed. 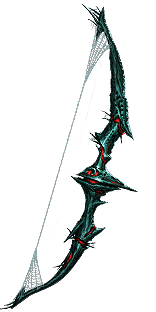 The Ultimate Cyclone Slayer written by Furty is able to do any kind of content once you have acquired enough gear. This is the “spin to win” build of the game.

The Gladiator ascendancy allows us to build characters that inflict very strong Bleeds on enemies. If you want to play a Bow-based build take a look at our Bleed-based Bow Gladiator and if you want to inflict Bleeds with melee attacks you can check out The Bleed Earthquake Gladiator.

The Shattering Steel Champion focuses on applying a great amount of Impales on enemies while dual wielding One-hand Swords.

With changes to Two-handers we have a very strong Tectonic Slam Chieftain build guide that will allow you to smack enemies with insane amounts of Fire damage.

If you like to place down melee-based Totems the Facebreaker Ancestral Warchief Chieftain is a very durable totem character that will allow you to beat the endgame on a budget while also having great scaling with gear if you want to invest more.

If you like dealing tons of damage with Two-handed weapons and utilizing strong Impales the Earthquake Juggernaut will definitely fill your needs.

The Ground Slam Berserker build is for anyone who like dealing tons of pure physical damage while wielding a Two-hander. The build is also able to reliably Stun enemies, even endgame bosses.

The Arc Mines Saboteur build still remains very strong and are able to clear content even on a low budget. If you have more currency to spend you can also look at the Low-Life Ball Lightning Mine Saboteur, which is one of the best boss killers.

The Caustic Arrow Trickster is great for anyone who likes Chaos DoT Bow builds.

Our Dominating Blow Guardian is for anyone who likes summoners but also likes to get close and personal with enemies.

Good luck in the Harvest, Exile!