Scourge Arrow has been shining with its damage potential since it has been added to the game. This is the only channelling Bow skill. Essentially, you have to stand in place and channel a powerful shot and release it in order to deal damage. When combined with a high attack speed, Scourge Arrow feels good to play, simply because you can reach maximum stages quickly. For the following build guide we choose to completely ignore the Chaos portion of the skill. Focusing on elemental damage is simply the best way to achieve immense damage output with Scourge Arrow.

Our weapon of choice is 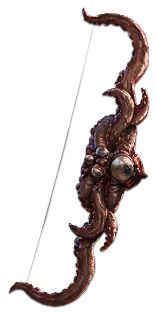 Hopeshredder. Using this bow and having elemental damage added to our attacks from other sources will guarantee a great amount of burst damage when you release a 5-stage Scourge Arrow. To maximize Hopeshredder’s potential we focus on acquiring 6+ Frenzy charges. The Scion’s Raider ascendancy synergizes well with the bow and allows you to have Frenzy charge sustain against bosses.

The Scourge Arrow Ascendant can definitely be played on a budget, considering your main bow can bought for few

Chaos Orbs. For best in slot items for this specific character you have amazing end game potential, which can be very pricey. The build’s damage is heavily augmented by decently rolled Abyssal jewels. For survivability, you have the option to improve your life pool by using

Kaom's Heart. For damage and clear speed, you can choose to play around Farrul’s Aspect of the Cat.

Early on, you should mainly focus on acquiring the

Hopeshredder bow; it will easily carry you up to red maps without any other damage investments. Your life leech and life regeneration should be enough to counter the bow’s degeneration effect.

Scourge Arrow should be able to clear whole packs of monsters. Having

Blood Rage up all the time is useful for the additional damage it provides. For mobility,

Blink Arrow will take you wherever you need to be in a split-second.

Herald of Ice will improve damage even further.

Defensively, your Evasion and Dodge chance will keep you safe most of the time. Whenever you get hit, the great amount of life leech

Hopeshredder provides will keep your life pool full. A standard

Cast when Damage Taken Support and

Immortal Call gem setup is used in order to prevent deaths from consecutive physical hits, such as exploding Porcupines.

For every build that relies on Evasion/Dodge in order to survive there will always be one dangerous thing – big physical hits. Since you are using Acrobatics, you will have little to no Armour Rating, which means every physical hit will hurt. Especially physical spells, since you can only Evade attacks, and the only mitigation you have for physical spells is Phase Acrobatic’s dodge chance for spells.

Most of the time you will be able to keep your distance in order to avoid getting hit. Against hard encounters you can use

Vaal Grace for additional dodge chance. Your high movement speed and mobility via

Blink Arrow will allow you to run out of fatal game mechanics.

On the passive skill tree we focus on Life, Critical Chance and Multiplier, Attack Speed and elemental damage.

The Scourge Arrow Ascendant can be leveled with several bow skills.

Rain of Arrows is a great skill, especially for leveling.

Scourge Arrow is also a good skill, but keep in mind that if you do not have a good amount of attack speed early on, the skill might feel a little clunky. Overall the leveling of this character should be easy, you should rely on sources of flat elemental damage added to attacks for damage. A simple

Storm Cloud will carry you a long way.

Pick Acrobatics as soon as you feel like it. As long as you have capped resistances and a decent amount of life you should be fine while leveling, as long as you know the dangerous Act encounters.

For newer players, we recommend having 300 life per Act, this means by Act VI for example, you should have around 1800HP. This amount of life will allow you to tank most hits, which will help you learn game mechanics better. 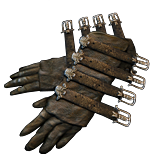 Storm Cloud can carry you up to level 60 due to its fast attack speed.

Mirage Archer Support to your

At level 28, finally, you can start using your signature skill,

Are There Any Map Mods the Build Cannot Do?

You will one-shot yourself to Elemental Reflect maps. The Cannot Leech map mod will also render your ability to leech mana, which might slow your clear speed considerably. Besides these two map mods, you should be fine doing any other map mods, even no regeneration, because you can still leech life and mana.

Is There any Particular Content the Scourge Arrow Ascendant Slacks At?

Due to the nature of the skill, clearing tight tunnels such as Delve caverns can feel clunky at times. Besides that,

Scourge Arrow is great for any other content the game has to offer.

If you are looking for a bow build that channels powerful shots and releases them in order to destroy foes, the Scourge Arrow Ascendant might be just for you.