An absolute beast for endgame bossing, this Herald of Agony build synergizes with Storm Rain to hit high levels of damage and survivability. Storm Rain’s hit rate stacks Virulence with ease and gives massive sustain through Life Gain on Hit, while still allowing mobility. Not the fastest mapper but clears near anything, I have personally completed wave 30 simulacrum with him.

✔️ Highly Automated – Nearly everything we use is triggered. Storm Rain, Convocation, and Flame Dash are the only buttons besides flasks.

❌ Leaguestart Transition – The finished build cannot be played without uniques, so I have provided a PoB to leaguestart as Poisonous Concoction. It farms smoothly and the transition is not hard.

❌ The Agony of Herald – There are a few situations where HoAG can be annoying, it may not always attack what you want it to and can get blocked by terrain. It is ultimately a minion build although it barely feels like one.

Just dodge and shoot arrows while things die around you! All you have to do is keep Storm Rain centered on mobs and the build handles the rest. As you hit and stack the Virulence buff, your minion will increase in power until it mows down multiple packs with one AoE.

The best way to scale damage is by raising your Virulence cap, or increasing the level of the Herald of Agony gem. Medium cluster jewels with Pure Agony each raise the virulence cap by 5. Minion damage and minion attack speed also add damage

Defense layers include Fortify and stun immunity from ascend, insane life gain on hit, spell suppression and elemental ailment avoidance. If you have storm rain fully stacked it is possible to tank some serious damage.

The current PoB’s for this build are always available here:

For work-in-progress PoB’s of this build or others, or for build help, go here.

Leaguestart: Used for fresh leagues, or a start with near-zero currency. Its purpose is to get established farming early maps and buying gear for the next stage. In this case, we will be using Poisonous Concoction. Don’t attempt to push into higher content with this version. Make sure to have high level, well crafted life flasks, since this is where most of your damage will come from!

Transition: We are now swapped into the main build, with Herald of Agony socketed in at least a five linked 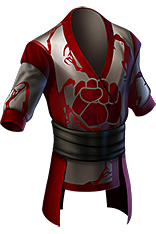 The Coming Calamity and Storm Rain in a five linked

Quill Rain. It is important to have at least one large cluster and two mediums, I will explain how to search for them in the gear section. We have

Calamitous Visions for a straight DPS boost. Rounding out the midrange setup,

Endgame: We have automated some damage with 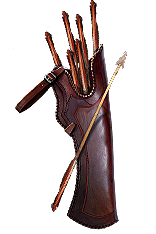 Maloney's Mechanism. Finishing up the unique roster is a

Circle of Nostalgia with “Agony crawler deals increased damage” and ideally an “avoid elemental ailments” implicit. We should have two large clusters with proper notables, and 3-4 mediums with Pure Agony and Cult Leader.

Take Defiance Banner from quest reward, but don’t use it yet unless your mana allows.

Near the end of act 3, the library will allow access to most of the skill gems and we can change a few supports

At this point the gems will stay mostly the same, just work on getting all the correct groupings set up and a 5link or 6link for your main skill.

For flask charge generation, you can apply Alchemists mark with Mark on Hit support.

She streams 5 days a week, and be sure to check out her YouTube for build guides and build updates. If you have any questions you can always go to her Discord to ask questions about her builds or others.