As we are eagerly waiting for 3.11 we can check upcoming changes in the recently posted Balance Manifesto for the patch. It covers the major changes without any numeric specifications, but is more than enough to start theory-crafting and making speculations. This news article aims to give you the most important information from the post.

Two-handed melee weapons will once again rule as the king of melee damage. It will no longer be outclassed by dual wield simply because the 15% bonus multiplier from dual wield is being removed. All of the two-handed endgame bases are also seeing reworks in order to make them as heavy hitting as possible, each of which covers its field. One will be better for Crit, another will excel at reaching solid base damage etc.

This quote greatly explains what GGG aims to do with melee: “This allows Two Handed Weapons to remain the kings of damage, while Dual Wielding is the king of speed, with some defensive benefits.”

Brands have had many advantages over self-cast and Totems for long time and they were ruling the Meta for quite a while. The main problem was the playstyle, which allowed you to slap on 2 Brands and run around until your enemies die, giving you great mobility. We can all agree the Brand playstyle must require you to be more active and changes like “Brand Recall no longer refreshes the duration of Brands” and “Brands now drop at their original or recalled location when the enemy they are attached to is slain” will help fix these problems.

Warcry skills will be much more impactful in 3.11. They will now also have longer cooldown and will not share it, meaning you can use multiple Warcry skills at once. We will also be seeing changes to Warcry passives on the passive skill tree along with a keystone notable that allows you to cast Warcries instantly with the disadvantage of not being able to use multiple Warcries.

Perma-stunning endgame bosses is a thing of the past. In patch 3.11 with the changes to two-handed melee it will be much easier to Stun any enemy, which is why map bosses are getting 2 second Stun immunity after they’ve been Stunned. Other endgame encounters will have even longer Stun immunity. This will allow you to have reliable Stuns while also not completely breaking the game.

Hierophant, Chieftain and Berserker will all be seeing changes in the upcoming Harvest league. “These are changes to one major notable on each tree, focusing on creating powerful individual mechanics that greatly influence how you play rather than overloading Ascendancies with a plethora of related stats” makes it easy to speculate that we will probably be seeing changes to Hierpohant’s Conviction of Power, Berserker’s War Bringer or Aspect of Carnage and Chieftain’s Tawhoa, Forest’s Strength.

The changes to passive skill tree in 3.11 aims to support the upcoming changes to Brands, Melee, Warcries, Rage and more. In general GGG aims to lower the gap between Crit and Non-Crit builds in the endgame, since we know how big the difference can be between an RT Axe Cyclone and Crit

We will also be getting a new Indigo Oil, which will allow us to anoint more notables on our Amulet. Along with that we will be getting new Ring and Blighted Map anointments have been added, which can prove to have interesting potential.

Purposeful Harbinger is finally getting fixed. As Cluster Jewels move to the core game we will be seeing a lot of re-balancing, but in general they will be still as useful as before.

Vaal Molten Shell was used in majority of builds and was providing too much defensive power for too little investment it is seeing now some changes. It will have longer duration and will be much more effective for Armour-based characters, rather than all of the builds.

We have removed the stun immunity from Cyclone, but made no other changes to it. This is huge! It will probably make the skill feel clunky, especially for people using Predictive mode while having 50-60+ Ping. Hopefully we are wrong on this one.

Archmage Support will be brought down in power. We all know what Archmage Storm Brand builds were capable of doing with little to no gear investment. It will still be impactful and keep its playstyle but will be also nerfed via changes like

Fevered Mind now being limited to one and other changes to unique items.

We will be seeing slight nerfs to 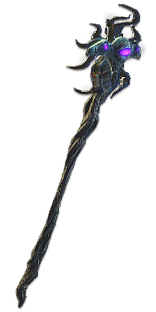 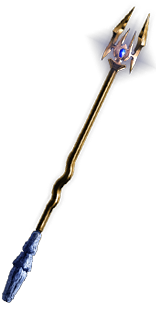 There will be changes to the Threshold Jewels for the following skills:

Fireball. This will allow us to build around these skills differently and hopefully achieve more interesting playstyles.

Slower Projectiles and other small changes

Slower Projectiles Support will grant a lower value of Less Projectile Speed than before. This is mainly because of changes to

Ball Lightning. It would allow you to basically “shot-gun” a target because of how the Less Projectile Speed affected these Projectiles, giving them the ability to bounce on the same spot multiple times and AoE overlap.

Soul of Shakari has been tweaked to not give you immunity to Poison, which in a sense trivializes some endgame fights.

“Hexproof now gives immunity to curses, on top of preventing any curse being applied. This means that if you gain Hexproof, you’ll immediately remove any curses on you.” This is a big deal for

Headhunter; This change will no longer allow you to curse yourself with

Temporal Chains in order to extend the Duration of stolen Buffs since you will be immune to Curses.