Welcome to our guide for the Delirium League. In Patch 3.10 there is a whole host of changes to unpack, many of them offering exciting new opportunities to shape builds in entirely different ways. With tons of new passive skill nodes, league specific bosses, currencies, atlas improvements — and a whole lot more — Delirium has delivered an action packed league with a lot to discover.

So what exactly is the twist behind the Delirium mechanic?

In each instance is a Mirror that a player can activate simply by running through it, similar to activating a Breach. 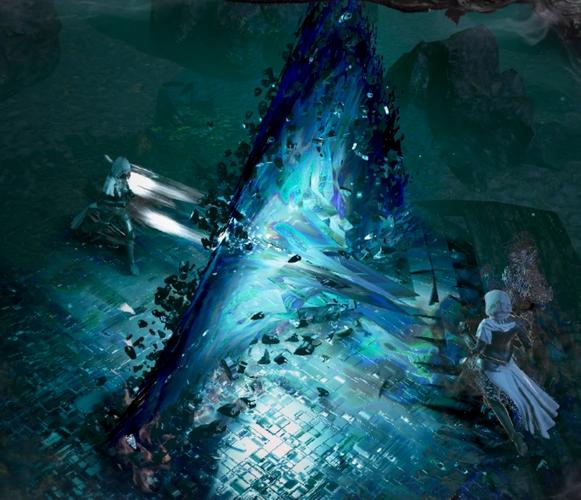 The entire world will fade to a hazy fog, and the voice of Disgust will constantly taunt the player. The area may be cleared as normal, but as you move around the area Delirium packs will spawn and engage the player. The more monsters players kill while under the effects of Delirium, the more damage and health the enemies will gain. This includes normal enemies in addition to the Delirium monsters. Rewards scale with the number of Delirium monsters killed, and the Delirium may be cancelled at any time.

Similar to a Breach, the enemies do not spawn continuously. Rather, they are already in fixed locations throughout the instance and become “revealed” as the player nears them. 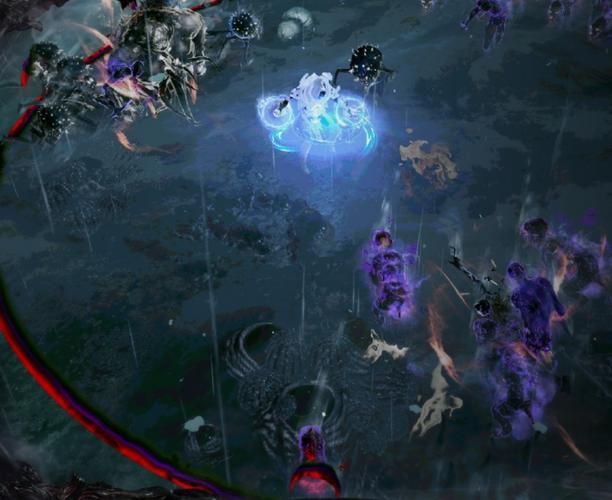 As the Delirium begins, you may see the reward type on the counter. Rather than a varied cornucopia of loot drops, each Delirium has its own loot type. Examples are Currency, Armour, Jewelry, Fragments, and so on.

Collecting Simulacrum Fragments from slain Delirium foes will eventually allow you to create a map item that can access an area known as The Simulacrum, said to be “the ultimate endgame Delirium challenge”. 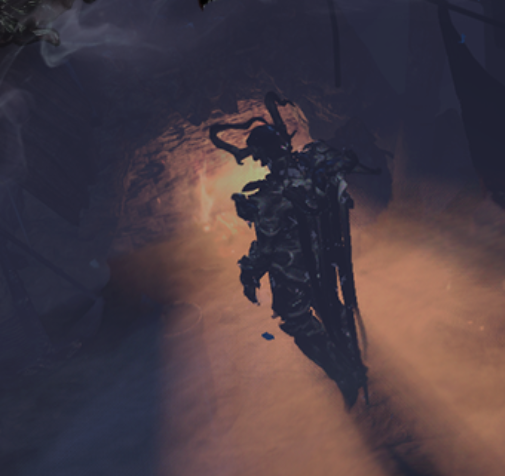 Disgust, a new end-game juggernaut, waits after waves of enemies the player must endure.

Extend your passive skill tree by placing a Cluster Jewel in one of its outermost sockets. With craftable mods that improve the passives generated, add one of 280 new notables, or even graft additional sockets for deeper nesting, Cluster Jewels let you grow your own passive tree.

Cluster Jewels function on a similar concept as the Historic Jewels from Legion, but on a vastly expanded scale. Tons of new passives, unique options, keystones, and notables will be available for the plucking. This gives builds a ton of ways to make creative adjustments to bridge build paths, improve existing archetypes, and find new ways to dominate. Cluster Jewels can have multiple notables and different small passives that lead to them.

Grinding Gear pledged that this is one of the most significant updates to character customization since the release of Ascendancy classes and the Labyrinth, and they certainly seem like a potent addition as of now. Time will tell if this is true as more and more is unveiled, but for now there is little doubt that there will be many ways to take advantage of these new unique passives in very powerful ways.

Significant changes to the Atlas of Worlds are inbound for Delirium.

One of the main pieces of feedback we saw was that spawning conquerors felt too random. Previously, you would randomly spawn Shaper and Elder influence on your Atlas and then were able to deterministically push the influence around to spawn the Elder Guardians and the Elder itself. We want to bring some of that determinism back into the Atlas. Here’s our current plan:

Beginning after you’re first able to fight the Awakener, you’ll need to spawn influence in a region. This influence will spawn randomly but with a high chance. Once influence spawns in a region, you’ll see a new icon and bar next to your Atlas Inventory (where your Watchstones can be stored on the left). This bar is segmented into either 5, 7 or 9 sections. The first, middle and last segment in the bar represent maps that contain influenced monsters and outcomes.

Let’s use a 5-segment bar as an example.

After the fifth map, your bar will be filled and you’ll be able to speak to Kirac and Zana in your hideout to open portals to the Conqueror itself.

The upsides of this approach are that long unlucky streaks are much less likely to occur, and you will know ahead of time when you’re going to get the second and third influence outcomes. This means that you’ll be able to plan ahead and run your best maps to maximise rewards.

So what does this all amount to? Essentially, once you spawn influence on a section of your Atlas there is greatly reduced elements of chance involved. After five maps in the region are completed you will be able to access the associated Conqueror from your hideout. Three out of the five maps will contain influenced enemies (alternating every other map).

Awakening Level has also been altered. For every four Watchstones that are socketed in your Atlas you will gain one Awakening Level, regardless of whether or not they are grouped together. While this may seem insignificant on the surface, it actually provides far greater freedom to spread your Watchstones earlier on in your mapping grind. This will result in a faster climb and better rewards earlier.

The consequence of the Awakening change is that you have less control over the challenges that Awakening Level adds to your Atlas. While you have access to greater quantity and drops earlier, you will also have to face greater challenges. Scaling builds may have a more difficult time league starting due to these changes.

Zana mods were revealed for the new league, marking the first time that Blight has been available from the map device. 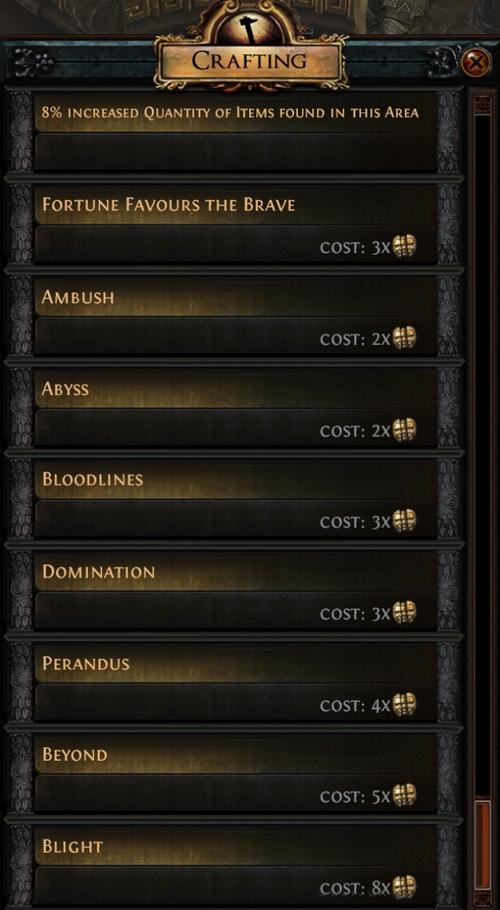 Due to the hefty expense of the Blight mod, coupled with the return of the popular Beyond affix, Fortune Favors the Brave will be a great use of

Chaos Orbs. Zana’s mods for this league are particularly good for natural quantity increases, making them a worthwhile investment for high tier maps.

There is not a vast amount of subtlety to this league mechanic. In most cases it is worthwhile to engage with, as it is typically quite safe and players can opt to cancel the Delirium after reaching the first reward tier before getting to the riskier parts of the Delirium. That said, many players have repeatedly complained of the lethality of the mechanic, and it has received repeated nerfs. In order to minimize the risk of death, we recommend a basic strategy:

If you do not feel strong enough to engage with the mechanic but you find it blocking your way in a choke point, you can get past by using a blink style ability such as