Due to the latest balancing changes in, we do not recommend to play this build anymore, as it does not meet the high standards we apply to our guides in terms of fun and performance. We are leaving it up as a reference and are working hard to make it viable again.

For this particular character we choose to dual wield One-Handed Swords, as they currently represent the strongest and most versatile option out of any dual-wieldable bases in the game.

If you follow along with this guide, it should be fairly easy to roughly mirror my setups, as I’ve league-started this particular build during Heist League as well, making every item I list in this build a “realistic” option to acquire for you during a league start as well.

The build does not require any build-enabling items, as I am setting it up as a league starter. We will be making use of the new and reworked STEEL abilities (mainly

Splitting Steel, as well as the in-built ability “Call of Steel”, which you will automatically acquire when you equip any of the new Steel gems.

There are, however, two important jewels that should be acquired as soon as possible and socketed into the passive tree:

For more information on these, please refer to the Gear Page.

For the gear pieces, we are looking for Armour and Evasion bases with as much Life as possible.

Having Rings and an Amulet with decently-rolled flat Physical amount added to attacks is likely going to be ideal.

Our optimal weaponry setup will be a main-hand

The Saviour. Of course, these will be the absolute end-game options and aren’t required.

Some more budgets options are 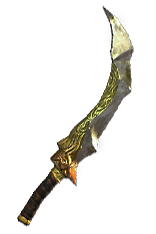 Beltimber Blades. You can read more about the progression and the exact setups in the Gear page.

+ Easy to follow along with a high ceiling
+ Amazing scalability due to being a league starter
+ Absolutely ridiculous clear speed and fun mapping
+ Decent damage mitigation, thanks to Armour base + Champion ascendancy
+ Playing a pure Physical build means you don’t care about “Elemental Reflect” mods
+ EXTREMELY fun playstyle, with the ballista-like projectiles shooting out at high speeds, coupled with the “popping” of enemy packs thanks to Call of Steel

– Potentially awkward scaling, due to pure Physical focus
– Expensive to max out entirely, due to rare Uniques being BiS
– Bad-Mediocre Bossing damage, depending on which Steel ability you’re using.

The build cannot do Physical Reflect.

Other mods that should be avoided but CAN be finished (with some hardships): Cannot Leech, No Regeneration, and Cannot Taunt.

Mobility wise, you will want to use

Leap Slam and potentially (based on personal preference)

Smoke Mine to get around the maps; both abilities allow you to cross chasms and other environmental objects, allowing for a very fast traversal. If you DO opt into the Smoke Mine, make sure pick up a “Divergent” alternative quality version of it, as it will also permanently give you a free 10% attack speed bonus!

Offensively, you will want to keep your distance from enemies, as you do have some range on the abilities and standing near enemies in Path of Exile is oftentimes a fairly bad idea. Try to keep up your

Additionally, you will be able to place down an

Ancestral Protector in order to vastly improve your attack speed against tough monsters or bosses, as it applies its attack speed increase to any friendly targets nearby.

If the gem-slots allow, we might also consider adding a

Vaal Double Strike in order to call in THE BOYS for some additional burst potential for the odd tough monster or map boss. You can drop the CWDT setup for a 4-link BOYS setup, if you don’t think you will require the additional defenses.

Defensively, we will be making use of a couple of defensive flasks like a

Vaal Molten Shell is a great Guard skill choice for the build, as we will naturally be accruing a lot armour and it does incredibly well with the previously-mentioned defensive flasks.

For playstyle, you will first want to

Leap Slam into a pack of enemies, to:

Outside of those specific situations, you will want to mostly keep your distance from enemies, managing your Steel Shards (max: 12) properly while also using the “Call of Steel” ability whenever you want to move on from a pack or require additional shards to clear an existing one. Keep in mind that you will likely be able to move on from a pack before entirely clearing it, as the “Call of Steel” will deal a non-insignificant amount of damage in an AoE around A: all impaled targets, as well as B: all impaled CORPSES. We want to try and avoid destroying corpses outside of our “Call of Steel” ability, in order to maximise the AoE damage that we can deal with our existing impales.

This is the Endgame Goal Passive Skill Tree for the build. We focus on picking up all the efficient Impale, Sword and Crit nodes along the way, as well as a ton of health, some defensive clusters, such as “Soul of Steel”, as well as all the relevant Keystones (Call to Arms, Wind Dancer, and lastly Point Blank).

For more information, as well as full information about Gem Links, be sure to check out the dedicated page.

These items provide a good balance between offense and defense and should be moderately easy to acquire throughout the first few weeks of the league and will carry you to most of the endgame.

For budget options, you can refer to the Gear, Flask and Jewel page below.

Focus on moving towards “Call to Arms” and “Point Blank” as early as possible, while picking up the nearby minor nodes. Aim to acquire “Point Blank” at around level 30~ or so, it’s a HUGE damage upgrade for the build.

Once you got “Call to Arms”, make sure to get yourself an “Enduring Cry” from act 3 and put it on your left-click, to use as a movement button. It will trigger on CD, keeping you healthy over your playtime.

Focus on getting all the attack-speed, dexterity and intelligence upgrades first. My path looked a bit like this.

Then moving on towards the other nodes that haven’t been picked up yet. Leave the scion life-wheel for a later time and focus on the rest of the tree first.

If you are a new player (or if this is your first character for the league, just as it is mine), then note that obtaining these items will be very difficult, if not impossible. They are rare drops, which you can otherwise only acquire if you have saved up currency, so do not focus on them too much, and instead simply look for items that match the affix priorities listed in the gearing section above.

You should be able to simply use

Splitting Steel from the very beginning, as we get it immediately on our arrival in Lioneye’s Watch as a Duelist. Make sure to choose it as the reward!

Try to focus on any sources of “flat added damage” of any kind for your support gems.

Added Cold Damage Support is usually a great choice for the early start.

Try out different setups and pick up all the gems listed in the gem page along the way. Those will very likely be your best-in-slot support gems, the second you can acquire them.

Once you clear the “Siren’s Cadence” quest in Act 1, you will be able to acquire the

Shattering Steel, which will likely be our main gem for the remainder of the game, but I’ll update this section with a definite answer once I’ve tried both of them out.

Lancing Steel is fairly weak at the moment and should be avoided, in my opinion.

How to Deal with Mana Problems? The Skill Tree Does Not have a Single Node of Mana Leech.

Having a single jewel with “% of Physical Attack Damage Leeched as Mana” will solve all your Mana problems, so try to get one as soon as possible. It should be extremely easy to acquire, even on your first character for the league, by simply hitting a “Viridian” jewel with a few

Orb of Alterations or

Alternatively you can also just buy a jewel like this for peanuts on the trade websites, they’re extremely common.

During single-target fights (usually bosses), make sure to apply your

This is a character to deal with all the content in the game and offer a great amount of scalability for the players that don’t want to start over with a new character every 2 or 3 days.

The Steel Impale Champion excels at dealing Physical Damage and makes great use of the Impale mechanic while maintaining very respectable survivability throughout the leveling process up to and including the endgame.