A Golemancer is something I felt like we really needed to cover and have in our arsenal of guides for you. Especially after the release of

Summon Carrion Golem in 3.8.0 Blight League it pushed up the effectiveness of Golems by a decent chunk.

Summon Stone Golems before made Golems almost always a one-dimensional build. Carrion Golems offered a way out of that. While Flame Golems still will be clearing better and Stone Golems can definitely compete for Single Target Damage, the

Summon Carrion Golem does both of them really well making it a really well-versed all around build!

This is the main reason why the build went from rarely encountered to a top tier meta pick in 3.10 Delirium League and ever since.

I’d be surprised if you played 3.12 Heist League and never encountered a guy running around with Golems in your or their hideout when trading. The build is all over the place and rightfully so. There are two variants of the build, the Low-Life one which relies on a lot of Energy Shield Regen to out regenerate most of the incoming damage and the one we are covering which is an Elementalist Life based version. Since the other variant is a Necromancer, it doesn’t allow for extra Golems over the Carrions they use to do Damage. This means it is missing out on bonusses from Stone and Chaos Golem which are amplified through the Golem Jewels. These are what makes the build feel incredibly tanky and nice to play. Both of these, in an ideal setup, offer you about 900 Life Per Second and 24% Flat Physical Damage Reduction (which otherwise rarely exists on items as it is incredibly strong as a Defensive mechanic).

Obviously, depending on popularity in a League, flavor of the month builds do come at a little step-up in entry cost. Golem builds generally rely on

The Anima Stone to gain an extra 2 Golems to get their maximum Golems up. Since you are using 2 utility Golems, additional sources of Golems are really big for you and you really want one of these as soon as possible. They, however, are not insanely cheap. You can circumvent this when you are still farming up currency by running double 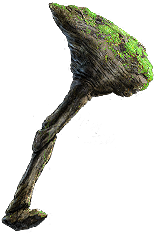 Clayshapers over the endgame options in

Cold Iron Point. The issue there is that Cold Iron Points are your main source of Damage and you wont feel as overpowered until you have those in your setup. Getting all of your Primordial Jewels is definitely a major upgrade and should be considered something you want to get as soon as possible!

+ Clears the early-game content very reliably on a budget
+ Whenever you upgrade it to medium budget it becomes insanely overpowered
+ Incredibly tanky & reliable for end-game bossing
+ Can be played in SSF, as the Primordial Jewels can be farmed through cards

– Requires you to drop a lot of damage to circumvent the lack of Primordial Jewels
– Whereas the clear is very respectable, it is still a minion build and so is not as fast as some other builds

The only thing the build cannot run is Physical Reflect, as your minions will kill themselves.

The way any Golemancer, and thus also our

Summon Carrion Golem build plays, is very similar. You summon all of your Golems (4x Carrion, 1x Stone, 1x Chaos) and you’re ready to go! Additionally, you want to use an

Animate Guardian setup to offer your Minions Fortify, Critical Strike Multiplier and Culling Strike. On top of that, an Animate Guardian can also provide a 9% More Physical Damage dealt through its helmet, which equates to an insane amount of damage buffs. Be careful when using this though, as you need to equip it with enough defensive items to make sure it doesn’t die. Should your Animate Guardian die, you lose all its items which can add up rather quickly!

Next up, you’re using

Raise Spectres to summon Carnage and Host Chieftains, which cast a buff that gives all of your Minions Frenzy and Power Charges, which again amplifies their damage by a lot.

While all of that is big for your damage, one of the biggest things that buffed Golems to a tremendous extent were Cluster Jewels added in 3.10 Delirium League. Now, don’t you worry, we don’t require insane Cluster Jewels or anything to make this build do what it does best: melt things. First of all, the addition of the Renewal notable on Cluster Jewels is absolutely insane for any type of Golem Builds.

Golems innately scale very well to really high base damages anyway, so getting them to deal double damage is really strong. Besides this notable, there’s a couple of other notables you wouldn’t mind having, but if you’re just stacking these, you’ll do fine and you don’t have to worry about getting super expensive jewels.

In addition to Renewal being absolutely insane for Golems, it also made sockets more available and since this build wants to run as many Primordial Jewels as possible, it used to path all around the world to find as many sockets in the tree as possible. With Cluster Jewels giving you an extra socket per Cluster, it made it so efficient to pick up Clusters that basically everything else on them was free.

You can find an optimized Path of Building here here. Every build I release will use the community fork of Path of Building, which is maintained and updated in a much more regular fashion than the original one. You can find PoB’s Fork, by LocalIdentity, here.

If you are not comfortable with Path of Building, we also have a Tree for you. Do note that PoE’s website does not support Cluster Jewels and some specific unique jewels and it is highly recommended you install Path of Building to follow builds most optimally.

Summon Carrion Golem. If you are looking for the most optimal way to level a character to maps, we refer you to the following guides.

Summon Carrion Golem build, you need to make your way to level 34 to be able to use the gem.

For starters, create a Witch in whichever league you want to start.

You will want to start out by buying an extra wand from the vendor. On top of that, pick up a

Explosive Trap as a quest reward. After you’ve run the Mud Flats, you’ll proceed to kill Hailrake in the Tidal Island with Traps.

Quicksilver Flask and an

Infernal Legion Support and a

Minion Damage Support to your

Assuming you have more sockets available now, you can add a

Summon Skeletons setup so you can also spawn some skeletons if you so wish.

In Act II you also want to start running a

Summon Skitterbots to amplify the damage your minions are dealing. Make sure you’re picking up a

Flesh Offering too for a movement skill and some DPS buff for your minions.

You’re going to want to add in a

Desecrate in your setup so you can guarantee corpses to cast Flesh Offering on. If you want to spend a little

Summon Raging Spirit last a little longer which will make them more reliable. Should you be getting a 4-Linked item somehow, you can add in

Elemental Focus Support to make them deal even more Damage.

This is your setup for when you have acquired your Golems at the end of act IV.