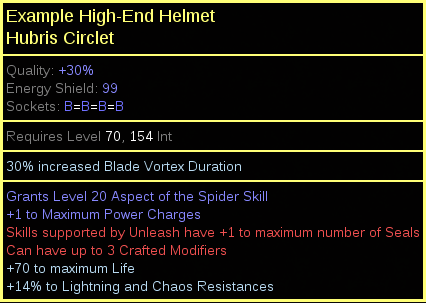 The chest piece here is a little controversial. A couple of decent Unique items come to mind. Both an Atziri's Splendour (the Energy Shield / Evasion / Life variant) and a

Optionally, you can choose to get a 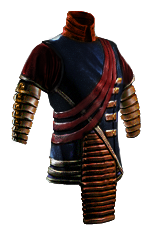 Sadist Garb with high Energy Shield, Evasion, Life and #% Chance to gain a Frenzy Charge on Hit to include Frenzy Charges in the build, but the catch here is that nothing beats the implicit corruption. You should prefer a +2 to Duration, Projectile or AoE gems over the Rare option that is the

Sadist Garb. A 6-Link Carcass or Splendour with one of those corruptions could be available for around 15

Exalted Orbs and is a huge upgrade to your damage.

This is a slot where you don’t require anything extraordinarily expensive, so you want to squeeze out as much Life and Resistances as possible. Ideally, you’d like to pick up an Evasion-based item to bump up your Evasion a bit. 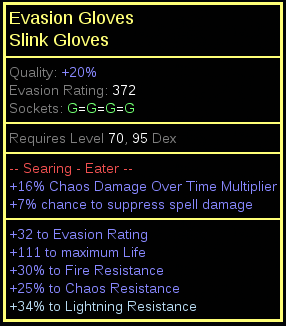 As per usual, for boots, you ideally want a pair of Two-Toned Boots. Getting an extra 24% Resistances is just really hard to pass up on for most builds nowadays. Additionally, you want Movement Speed, Life, and Resistances. You probably are going to need a bit of extra Spell Suppression Chance somewhere to cap out, Boots are a great spot to find that. 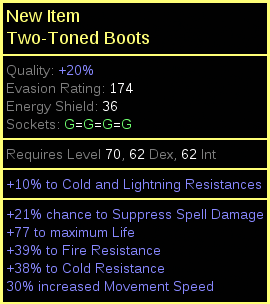 Again, since we’re a budget friendly build, we use another Rare item in the Belt slot. You just want to use this slot as another source of Maximum Life, and a lot of it. Therefore, you want a

Leather Belt with a lot of Life and perhaps Strength for more Life. Additionally, some Chaos Resistances, Elemental Resistance if you lack some and a chance for Flasks not to consume charges craft are optimal. 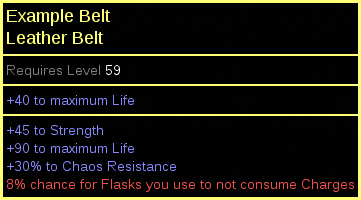 An ideal Amulet would have +2 levels to your

Toxic Rain through the +1 to Level of all Chaos Skill Gems and +1 to Level of all Dexterity Skill Gems, but since you want a multitude of other modifiers here, I decided to just include a +1 amulet. On top of the +1, you’re looking for Chaos Damage over Time Multiplier, Life, and an open Prefix so you can craft the Non-Channeling Skills have -7 to Total Mana Cost modifier, of which you will need 3 on your gear. Ultimately, a higher tier -Mana can be unveiled on to items so if you can get your hands on them, -9 mana cost ones are definitely the way to go. 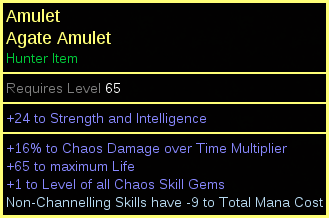 You need to anoint Potency of Will. Both of them offer 25% Increased Skill Effect Duration which offers a significant amount of more effective damage.

Rings are a little spicy in this build and the perfect rings will be hard to acquire. Feel free to settle for non-Vermillion Ring bases, dropping some Resistances so you’re more free to find the affixes you can only find on your Ring slot. Both of your rings need the same craft as your amulet, namely the Non-Channeling Skills have -9 tot Total Mana Cost. One of them needs a decent chunk of Strength and the other one needs a “Curse Enemies with Despair on Hit, with 5% Increased Effect”. If you can afford more than that, you’d really like some extra Life and Resistances. Same goes for the rings, if you don’t get veiled (or obtain them through Veiled Chaos Orbs) items, you’re going to have to settle for -7 Mana cost as that’s the highest roll you can craft on the bench. 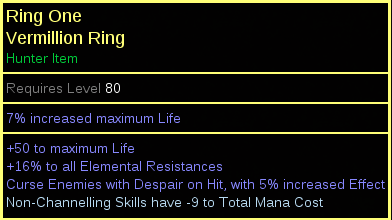 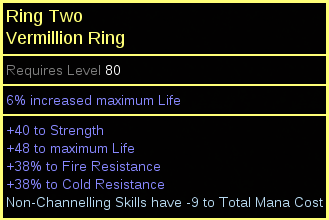 With the release of the Kalandra patch, you’re going to be able to be finding a ton of sick jewellery from the lake. Where as you can multiply up to 3 affixes, you will always be making 3 others worse. Therefore, you’re going to look for rings with 3 affixes which you wouldn’t mind having less off – For example physical damage leech – and 2 affixes you really want. You can then add it up with a 3rd crafted affix which can also be multiplied. I included my end-game rings, or shall I say “Lake-Rings” for you to have an example. 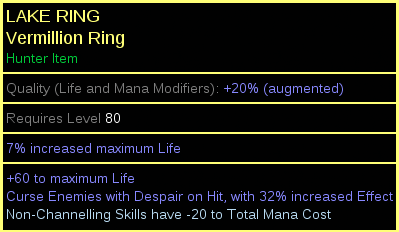 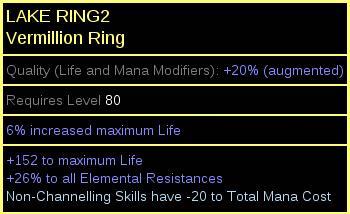 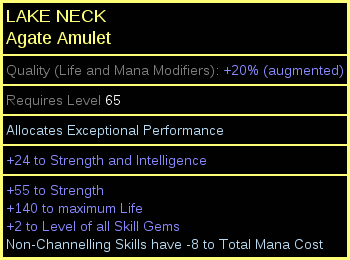 This one is easy, try to get a

Quill Rain as soon as possible! It’s incredibly potent for this build.

In this particular case, none of the Flasks are incredibly mandatory. I do however thing a

Stibnite Flask suits the build incredibly well. Given that we’re focusing Evasion, getting a tad more is always nice!

Next up, since our biggest weakness is Physical Damage, I don’t think you can go without a ###item:Jade-Flask and a

Granite Flask. Getting extra flat Evasion & Armour this patch is so good. That just makes them amongst the most potent Utility Flasks in the game.

For the remainder of the Flasks, I think most of them are optional. I suggest running a

Quicksilver Flask since you want to be fast, a

Silver Flask because it makes you faster and gives you additional Attack Speed which generates more Pods.

The last Flask is a bit of a special one. I will suggest a

Hallowed Hybrid Flask which is not what I usually do. However, since Ghost Shrouds and Trickster give you so much instant recovery as is, I think having some over time Life recovery is incredibly nice. Additionally, this Flask helps until you get your

Toxic Rain cost to 1 Mana. Afterwards, when you have all your Mana reduction crafts, this can be swapped around to a Bubbling

Regardless of which utility Flasks you go for and whether you follow our recommendations or not, you’ll need to stick to the suffixes we have picked for you (Staunching, Heat, Warding, Reflexes). The affixes on your non-unique Flasks can be changed around, but I recommend the following setup (based on the Flask duration, charges, and affix priorities):

Cluster Jewels are incredibly potent scalers both for Damage over Time Multiplier, Skill Effect Duration, and much more! We opted to suggest optimized Cluster Jewels as the build doesn’t particularly mind picking up some extra damage. Grab cheaper variations if necessary / if the budget doesn’t allow for optimized ones.

Now, because you want to be able to run four Medium Cluster Jewels, you will need two Large Cluster Jewels. As mentioned, you don’t need to look for expensive ones but if you can you’d like to get a Unwavering Evil, Unholy Grace & Wicked Pall_ to scale your damage as much as possible.

For your Medium Cluster Jewels, you can use any combination that has 2 of the following 3 notables, as long as they have at most 4 or 5 Added Passive Skills: 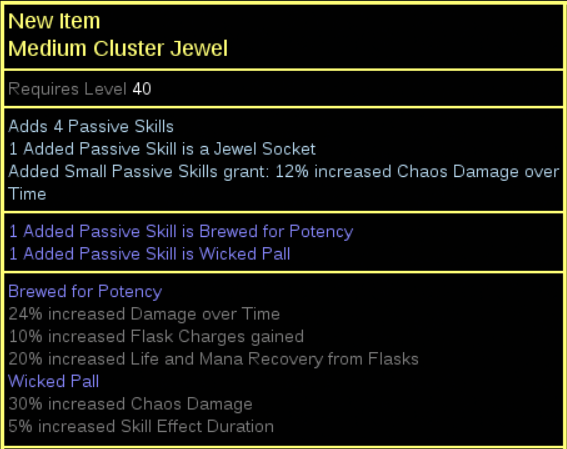 You could use a

Replica Conqueror's Efficiency until you have Lake-rings to fix the mana issues. Additionally, a