With the Siege Of The Atlas expansion, many of the previous Atlas region passives were incorporated into a singular Atlas Passive tree. Most of the initial passives were given to us in a nerfed state, with only a few core mechanics actually keeping the majority of their power.

Alva’s temples are one such mechanic, the generation of temples & alva missions has become much more consistent, and with the addition of

Surveyor's Compass we are even able to purchase pre rolled sextants with “Areas have Alva”, so we aren’t reliant on Alva missions from Kirac & completing maps.

If you prefer a video format, you can always find the guide right here or on my YouTube Channel

When we encounter Alva in the game, we are given the access to 3 Temporal Incursion per zone, taking us back in time to a random room of a Vaal temple in the making.

In the making of a temple, we can complete 12 of these incursions, after which the temple is complete and we can enter or itemise the temple we have shaped.

The temple itself will have 13 different room “slots”, 12 of which are decided by the player through the completion of Incursions, and one of them being the “Apex Of Atzoatl”, containing the Vaal Omnitect boss.

When Alva leads us to an incursion, we’re given access to shape one of these 12 slots through killing architects, and connecting adjacent rooms through Stones Of Passage. These Stones only exist within the incursion itself and can only drop from monsters killed in the incursion. Connecting every room is possible with some careful planning for when we get access to the temple itself, but it may require some decision making to make sure each room has a connection, as Stones Of Passage aren’t 100% guaranteed in each incursion.

Each room has 3 tiers, significantly increasing the rewards of the temple as the room is upgraded.

For a short tl;dr we can see the tier list of value for each room here, these are considering the Tier 3 Rewards from the room itself:

The extensive list of all the effects that each type of room has, and their respective rewards can be found on the Wiki

The rooms we will focus on specifically can be found in the S & A tiers:

When used on a 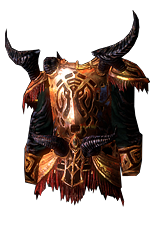 Sacrificial Garb , it can also convert it to a s 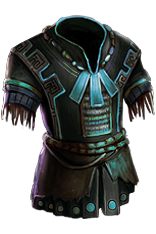 Shadowstitch , though this is a very niche item.

We will be looking to collect all of the atlas passives relating to Alva & her incursions, a short rundown of them is :

An Atlas Tree like this would work perfectly well

When running the incursions & temples, there are a variety of rare & magic “incursion modifier” items that can drop, from “Chilled/ Shocked enemies take # increased damage” on Gloves to “Minions deal # increased damage, minions have a #% chance to deal double damage” on Wands & caster weapons, keeping an eye out for them is important as they can be valuable. They drop identified already so its very easy to take a look at each of the items that drops.

Running the temples yourself

We will run maps with Alva, looking to upgrade the rooms according to the tier list, with a specific emphasis on the tier 3 Corruption Chamber & Doryani’s institute, which allow us to Double Corrupt items and gems. We can then use these on high value gems & uniques in hopes of turning a profit or getting specific pieces for ourselves. This is a gamble so be sure to only do this if you can afford to take an L of collosal proportion when corrupting 6 Link uniques.

The main temples that sell are ones that contain either Doryani’s institute, Locus Of Corruption, or Apex Of Ascension, so whenever we have the possibility of upgrading into these rooms we should. If we fail to achieve any of these rooms, we can run the temples ourselves, that is why we should always upgrade other valuable rooms. As always, we want to connect as many rooms as possible to make sure we have access to the room itself.

Sell or run the temples yourself, you can filter for specific rooms with pathofexile.com/trade but only the S tier rooms will ever really sell for good currency, so make sure to check the prices on those.

As much as I love making guides, it is very crucial in a game like Path of Exile that you play the game the way you enjoy playing it. This guide merely describes the most effective approach to craft the best items.
I hope you found the guide useful, and I wish you all many