Flicker Strike is notorious for being complicated to get going as well has being a currency sink, yet something that people have an incredible urge to play. This guide aims to solve all of those problems making it possible for everyone to play Flicker Strike at a fairly reasonable entry price, while maintaining options to min-max the build to its fullest. We chose to go for the Raider Ascendancy, as it is the most iconic duo and honestly isn’t too far behind options like Slayer or Trickster yet offers a lot of extra advantages / utility. The main upside of this build is that is slashes enemies. However, since we’re not playing a couple-hundred-divines variant of the build, the build will feel squishy at times but will nonetheless remain a blast to play.

The Raider Ascendancy is often overlooked, and honestly doesn’t feel like it’s the best pick right now outside of a couple of very specific cases. Even though the Ascendancy has received numerous buffs, changes, and reworks, most of what it gives is just obtainable elsewhere when you arrive at solid levels of gear. However, because 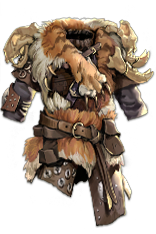 Farrul's Fur, which generates your maximum amount of Frenzy Charges on intervals, you want to invest into Frenzy Charges regardless. Because of your lack of Frenzy generation on bosses, outside of Farruls, you will slowly be losing Frenzy charges between Farruls’ intervals. Therefore, you’re picking up maximum Frenzy Charges wherever possible so that you can bridge that interval. Since you’re picking up maximum Frenzies, you might as well make use of an Ascendancy that suits them best, which is where Raider actually shines.

Through Avatar of the Slaughter and Way of the Poacher, you’re getting an additional Frenzy Charge and a ridiculous amount of benefits per Frenzy Charge. Since you’re getting to 10 Frenzy Charges fairly reliably, and more if you get expensive pieces of gear, this pushes Avatar of the Slaughter ahead of a lot of other Ascendancy notables you could be picking up, albeit on Slayer or Trickster. Because of Raider’s innate high mobility, you’re also getting up to 260% movement speed while maintaining really high Dodge & Evasion numbers. Sadly, all of this and the fact that you’re a Ranger, and thus are stuck on the right side of the Passive Tree, means that you’re playing a build that struggles to reach even 5,000 Health. This means that eventually you will randomly fall over to a boss-mechanic or a really nasty hit that doesn’t get avoided. Hence, I wouldn’t recommend this build in Hardcore environments.

– Some people get nausea from playing Flicker Strike
– Even though very tanky it has low maximum Life, so not HC-viable
– Not always able to control movement – Needs Boss-Knowledge to pick your DPS uptime

Because this build only converts a part of its damage, it still does enough damage to die to Physical Reflect maps. Therefore, both Reflects are impossible (as the majority of your damage is Elemental). Don’t forget that in case you make a mistake, and put in a Reflect map anyway, you can always swap into the Yugul pantheon in combination with wearing a

Sibyl's Lament for a single map to clear it just fine. No Leech is also annoying, but this mod is super uncommon anyway.

As I mentioned before, you need Frenzy charges to be able to constantly keep using the Flicker Strike ability. This is because

Flicker Strike innately has a cooldown, which can only be bypassed by expending a Frenzy Charge. That’s also where the complexity lies in making Flicker Strike builds, as there’s pretty much no solid way of generating Frenzy Charges on single target other than using some kind of item that seriously gimps your DPS. The upside, however, is that Flicker really packs a punch once you can bypass this little annoyance and in combination with Raider it gets a lot of things it really likes.

Raider offers the build a way to get to high amounts of Suppression, Evasion and Movement Speed which are things Flicker needs to be functional. Since you’re uncontrollably in the fray you don’t really want to be hit by every single attack out there because you’ll end up taking loads of damage, so getting some ways of avoiding incoming damage is very nice. In between packs, and more importantly so, after killing packs, your movement speed will be amongst the highest you will have ever experienced, which is both very fun but also useful to avoid on death affects you might have been flickered in to, as you can’t control where your Flicker is going really. Technically, Flicker Strike has a target mechanic where if you target a monster you will Flicker to it, but since your character will be using Multistrike, it will start living a bit of its own life, meaning you’ll mechanically no longer be able to keep up with manually targeting monsters. You’ll end up in situations where the movement speed is incredibly vital to get you out of harms’ way quickly.

The reason so many people have fallen in love with this build is because it basically clears as if you had an auto-pilot. You just hold your

Flicker Strike key and all of a sudden you arrive at the boss, at the end of a map. That alone feels super rewarding as well as the fact that the skill just is very enjoyable as long as you do enough damage, have enough Frenzy Charges and don’t randomly die to some white monster because your build is too squishy. That’s why I advise to be careful about how to tackle the build’s gearing process. Spend your currency and don’t go all out on damage or survivability, but upgrade for both of them and keep them balanced throughout the progress of your character.

If you are not comfortable with Path of Building, you can also import the pastebin into PoEPlanner. Do note that this does not have the same amount of Support as Path of Building has and it is highly recommended you install Path of Building to follow builds most optimally.

Since we are very adamant about trying to give you a leveling experience that lies as close to your endgame playstyle as possible, we will leave you with This Forum Guide by Hollyphantom. I myself have never leveled as a Flicker Strike character and have only respecced into it at later stages of the game. It always sounded horrible to me as a leveling skill, and I would always level up with some specific leveling gear to make it go smoother. Credits where they are due though, Hollyphantom’s walkthrough seems well-versed and in-depth enough that it deserves some credit. Otherwise, we have the following leveling guides to help you out.

A huge shoutout goes to Magefist for all his experimenting and research done into Flicker Strike. He’s been a great asset to the community and everyone who enjoys the Flicker playstyle. Particularly big thanks for him to let me use some his tweaks and techs in this guide!