Throw your shield around like Captain America, shattering enemies as it bounces and splinters within packs! Spectral Shield Throw scales DPS based on the armour value of your shield, meaning you don’t need to buy an expensive weapon like most attack-based builds.

Fully converting to cold allows use of Hatred, one of the strongest auras in the game, while also taking full advantage of the Raider ascendancy. The result is a well-balanced ranged attack build capable of all uber bosses.

✔️ Easy leaguestart and Scaling – Use the provided leaguestart PoB with poisonous concoction to easily get through acts, and transition into SST with only a few cheap uniques required.

✔️ Safe Ranged Gameplay – This build is Ailment Immune with 100% Spell Suppression, Phasing, and 25k+ Armour. We also freeze almost everything, including many bosses. Even with HP around 5k we can tackle Uber bosses.

✔️ Something Different – Not your usual ranged attack build, we completely ignore the main-hand weapon. This makes min-maxing much more interesting!

❌ You have to aim

❌ Transition Required – Although the swap from poison concoction into SST is cheap and easy, it’s still an extra step that turns off many people. I will do my best to streamline the process.

❌ Uber Bossing Investment – You can progress into endgame without them, but to clear all content will require

Ashes of the Stars and a crafted helmet.

SST throws a spectral copy of your shield, which will chain a few times before shattering into several shards with also deal damage. As your damage scales, you can expect to fully shatter most packs with 1-2 button presses for a very satisfying mapping experience. Because we are crit and cold based our required defenses are lower because mobs are always frozen or at least slowed. As a raider we have perma-phasing, preventing deaths from being body blocked by monsters.

The damage of shield throw scales based on the armour value of your shield, with every 15 armour granting 5-7 physical damage. Using an alt quality gem we can also gain crit multiplier from our shields ES total. Being fully converted to cold, we benefit from Raider ascendancy exposure and can stack elemental/cold pen as well. Frenzy charges and attack speed give a nice amount of DPS, and at the top end we approach 100% crit chance.

Defensively we are running 25k+ armour, capped suppression, ailment immunity and Fortify from shield charge. In addition we keep most enemies perma-frozen until they die.

Transition: This is our swap into the actual build, and for that you will need a few things. 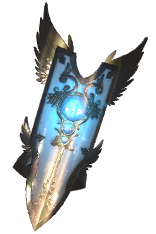 Emperor's Vigilance is an easy choice for it’s high armour and ES, you don’t need to worry about the rolls on it just buy the cheapest one. Full conversion is accomplished through 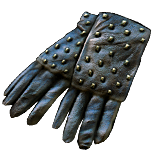 Seething Fury will begin turning us into a crit build. You can use the 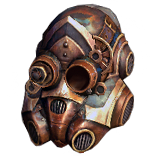 Obscurantis from first phase or cover the accuracy elsewhere and use a rare evasion helm. Our choice of weapons is limited until we craft, so I recommend 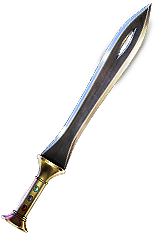 Endgame: Our attack has been moved to a crafted 7-link helmet, and we are wearing

Ashes of the Stars, taking care of the 2 biggest items for the build. All of our jewels are in place, including the full cluster setup and a good

Replica Conqueror's Efficiency and -mana crafts allowing reservation of most of our mana.

Pierce Support until the end of act 1 when I started to get better life flasks.

When you swap, run this:

When running poison concoction, make sure to keep your life flasks updated and run 2-3 of them. Poison Concoction will cycle between the highest tier flasks you have before pulling from lower ones, so make sure to keep one at a lower tier to use for yourself. It’s damage is scaled off the recovery number on your flasks so if you let them fall behind or don’t craft them it will start to lag. Don’t be afraid to use a portal scroll at a boss and go back to town and get more flask charges.

During the act be looking for GGG 3links.

When you open the crab cave in mud flats, get Steelskin and Dash.

New gems become available after Chamber of Sins and after killing Weaver.

Kill all the bandits, and consider doing the bear quest because it gives a second movement flask.

I always do the library for access to gems, because I can start levelling my SST and it’s supports in a weapon swap setup for later.

You can change to Flame Dash from regular Dash at this point, I think most prefer it but that’s up to you.

First lab should be possible near the end of this act, if not just come back near middle or end of act 4.

Whenever you do it, take Way of the Poacher with first ascend points.

At this point the gems will stay mostly the same, just work on getting all the correct groupings set up and a 5link for your main skill.

It should be possible to drop clarity and run grace while sustaining mana from leech, you may need to drop the level of vitality a bit.

When you kill Ryslatha in act 6 equip the flask pantheon.