Ground Slam is one of the oldest skills in PoE, first added July 4th 2010 with Version 0.6.0. Since then it has received almost nothing but buffs and is currently one of the best ways to enjoy the melee archetype!

We scale our damage by stacking Dexterity with Hollow Palm Technique to put a spin on a classic. Since Hollow Palm doesn’t use a weapon or gloves this creates a very unique power fantasy of slamming the ground with bare hands, unleashing a shockwave of earth that destroys huge packs of enemies.

The Slayer ascendency enhances this with Brutal Fervour and other defensive bonuses while attacking and leeching. On the damage side it boosts AoE and attack speed plus accuracy, not to mention how great the 20% cull feels.

✔️ Easy leaguestart and scaling – Ground Slam is available immediately on entering the first town, and you can use it the whole way to endgame. Just follow the leaguestart PoB and use a classic two-hand weapon setup until you transition into Hollow Palm.

✔️ Screen-wide AoE – Slayer gives a massive boost to Ground Slams already large radius, allowing you to hit most of the screen.

✔️ 3 Button Gameplay – All we do is dash-slam-dash, maybe drop a totem sometimes. We need nothing else besides flasks.

❌ Stat Budget – The build uses a lot of uniques, plus we cannot equip gloves or a shield. It’s not terribly hard to pack enough on belt/rings but keep resists in mind while shopping for gear.

As long as a Slayer is attacking they are leeching, and while leeching become immune to bleeds, stuns, and reflect. This keeps you toe-to-toe, punching enemies in the face. Ground Slam is perfect for this because it rewards being fairly close to enemies while also allowing enough distance to dodge incoming damage. With enough AoE you can clear most of the screen at once, the main difficulty being that it’s a frontal cone not a circle.

With few buttons to press the gameplay really reinforces a feeling of tearing enemies apart without gimmicks or stacking damage through aura’s/warcries.

For every 10 Dexterity we gain 14-20 flat physical damage, this is the core of the build. Impale, %phys damage, %damage while dual wielding, attack speed, all of these work as well.

On the defensive side we have Armour, Evasion, Fortify, Spell Suppression. Impale immunity or Corrupted Blood immunity can be obtained on the tree. Slayers overleech and Ailment immunity round out defenses.

Transition: This is the switch to using Hollow Palm through 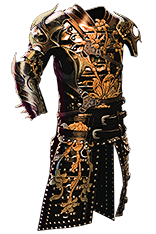 Replica Perfect Form. In addition, you will want 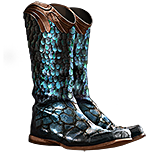 Garukhan's Flight altought these can be pricy at first. There are some 1c uniques in the PoB that give a lot of power for the price as well. Try to get a Vulnerability ring and

Cyclopean Coil ASAP but you can probably start this stage without them.

Endgame: We transition into using

One With Nothing for Hollow Palm and 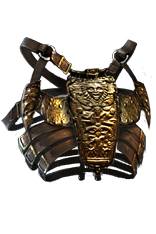 God: We’ve hit the endgame and started crafting upgrades for our belt and amulet, plus buying or crafting better rings. You can also grab an extra Ascend node by using both of the Forbidden Jewels.

Detailed info about Gear can be found here:

Ground Slam is available the moment you reach town, you can put it on right away. This guide uses 2H axes for the leaguestart PoB, but ground slam also works with maces, sceptres or staffs if you happen to find a good one. It wont matter what weapon you use until you start putting in weapon-specific nodes on tree.

New support gems become available after Chamber of Sins and after killing Weaver. Don’t forget to do the bear cave quest for the nice rewards on leaguestart.

I usually do first lab around the end of this act, beginning of next one. When you do it, take Bane of Legends as first ascend choice.

This is roughly the setup used when I was finishing acts and entering maps. When you hit that point, start trying to match the setup in Leaguestart PoB, which takes over around then.