While I generally put a lot of emphasis on updating all of my guides before a new league starts, I have decided against doing so at the moment. Many of the changes that came with PoE’s 3.15 Expedition league launch have pretty severe gameplay impact, which is incredibly hard to predict without having the appropriate software updated (like Path of Building). Therefore, I will give all my guides a pass and point out the obvious changes. Everything outside of this paragraph will stay untouched for 3.15 for now and will be updated accordingly over the course of the next weeks. This means that the information in this paragraph always supersedes anything written in the guide. Build updates will be prioritized in order of their popularity.

These are the changes I would undoubtedly make to this build:

Wintertide Brand is looking really good. It had acceptable damage to begin with, didn’t lose much tankiness, lost DPS only to the support gem changes and therefore lost less damage than other builds. I really think if there’s ever a time to try Winterbrand, it is now!

If you have ever wanted to try a damage over time (DoT) build that doesn’t feel clunky because it is rather squishy, you’ve come to the right place! This Occultist combines so many layers of Defenses that I’d argue its nearly unkillable. Between a decent chunk of Armour through the 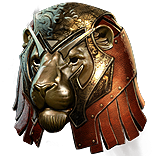 Memory Vault helmet, a decent chunk of Energy Shield recovery on Block paired with a fairly reasonable amount of Block Chance and Spell Block, Immunity to Chaos Damage, and a part of incoming Elemental Damage taken as Chaos, all while being an Occultist with superb Energy Shield recovery and an Energy Shield pool of about 7,000, it is fair to say that this is probably one of the more tanky builds you’ll ever play.

Scaling-wise, Cold Damage over Time scales best with Cold DoT Multiplier, which is why Occultist is the ascendancy pick of choice! It gives you a pretty big amount of damage while, as mentioned, also adding to your defensive capabilities quite a lot. If you push the gear an extra mile, this build really goes a long way. On budget stuff, you’ll be able to kill everything that’s in your way, but if you start to invest into your items a little more, you’re more then likely going to be taking this build further than you’ve previously had on other DoT builds. For example, it is one of the best non-meta (where you go 0HP and kill stuff) delving builds out there because of its innate tankiness and the way

+ Strong bosser with great clear
+ Relies on very cheap gear to get going
+ Required Uniques are not sought-after, thus league-start viable
+ Loads of HP Pool / Block Chance to make for a smooth playstyle

Echoes of the Atlas Expansion Updates

The Echoes of the Atlas expansion introduced a bunch of changes to Ascendancies and Occultist was no exception. Whilst a lot of Ascendancies had a lot of numerical changes, some swapping around of tags on notables and what not, Occultist kept it fairly simple. The main change that affects us for this build is Frigid Wake’s change to no longer grant Cold Damage over Time Multiplier but More Cold Damage instead. For this build, changing both the small node from DoT Multi to increased Cold damage and the Frigid Wake change is an effectively neutral change. The DPS difference is within 0,5% and it’s nothing one should be worrying about.

Other than that, Occultist has received some minor QoL. Profane Bloom, which causes monsters to explode for a quarter of their HP on kill has been buffed to have a higher procrate. I don’t think this was needed but I’m not complaining! Other than that, Vile Bastion has became twice as efficient as before making you only need 5 monsters killed recently to cap out its 10% Energy Shield Regen.

Very uneventful changes for this build & it’ll still be as good as it was before all of these changes!

While brands have to existed for a decent chunk of time, a couple new brands were introduced in PoE’s 3.11 Harvest League. These brands brought new brand mechanics in the sense that they were scaling with attachment duration.

Wintertide Brand is no different, as it gains damage for every stage it reaches. For it to reach stages, it needs to be active for a while. Other than, for example

Penance Brand, Wintertide actually remains stacked while being detached, making it a little less important to instantly scale all its stacks up.

Wintertide Brand more particularly gets an extra stage of damage for every time it activates. It activates 4 times per second as a baseline and has a maximum of 20 stages (or 24 stages if you have a Helmet enchant), which means it would take up to 5 seconds for the brand to reach its maximum DoT DPS. Luckily, these brands that scale with attachment duration usually scale their activation frequency by increasing cast speed! Therefore, cast speed is a significant More damage multiplier for

Wintertide Brand and even moreso the biggest quality of life increase you could ever get. By getting extra cast speed, the build gets its maximum damage output in under 2 seconds instead of having to wait 5 seconds, which is why we prioritize picking up a decent amount of cast speed.

Other then that, Wintertide Brand has a couple of very clear benefits. One of them is the fact that it does no hit damage, and thus cannot apply any Elemental Equilibrium! This means it’s incredibly easy to guarantee EE to proc on a non-Cold Element, and thus increasing your damage tremendously. Another benefit is how well it pairs up with

Vaal Cold Snap to amplify its damage. Vortex is the easiest way to make use of the damage multiplier of

Bonechill Support, and is an easy source of Arcane Surge for that juicy Spell Damage multiplier! Cold Snap gives you Frenzy Charges whenever enemies stand in its area, making for another way of greatly amplifying your damage! Since Vortex is an instant cast, you can easily bind it to left mouse button which will make it proc when you’re walking for 100% uptime!

All in all, I personally feel like this is a very balanced and well-rounded build that deals with all the game’s content fairly well! It is really nice for those who want to learn how to deal with Chaos Innoculation builds, as most of its pieces are easy to obtain / Unique items which means you don’t have to worry to much about Energy Shield’s complicated gearing process! Since it combines Block with Mitigation and Recovery, it’s most suited to tank a lot of monsters simultaneously without issues, and therefore really forgiving to play. And all of that is while maintaining multiple millions of Shaper DPS.

Even though we are very adamant about trying to give you a leveling experience that lies as close to your endgame playstyle as possible, we will recommend you to use the standard leveling setups until after Act 10.

Wintertide Brand just doesn’t function that well until you have some of your stuff going. For more information about leveling, we refer you to the following guides:

For starters, create a Witch in whichever league you want to start. If you want to make use of the

Onslaught Support you’ll need to make a Scion to quickly run to town and store one as Witch doesn’t get access to this gem until act 3.

Explosive Trap from the vendor to start your journey and go to kill Hailrake and clear Mud Flats. Set up the following links after Mud Flats:

From level 12, after killing Merveil, you’ll be setting up for your road to level 28. You should be breezing through content at this point, as these skills are really strong while leveling.

Armageddon Brand as it is a bonkers leveling skill.

Whenever you’ve completed your second Labyrinth is when I’d recommend (or “allow”) the transition to Wintertide Brand. Before that, it’ll feel very bad.

I made it a habit to check all comments in my guides on a daily basis. Obviously, there might be occurrences where getting a reply might take longer but I really do try to get back to you as soon as possible. I prefer you making remarks, suggestions or asking questions that way as it allows others to read through the comments, providing them with a potential answer to their question, without having to wait for me again. If I have somehow missed your question, you can try reaching me on our Discord..