A Word on Chaos Resistance in this Guide

In the following affix priorities, you will find a lot of “ENDGAME” options marking specifically “Chaos Resistance” as a must-have for your Rare items until capped. The Chaos Resistance in this guide is used in order to support one of the ENDGAME upgrades of this build, specifically the Keystone ability “Divine Flesh” (which you obtain from the

Glorious Vanity with the “Xibaqua” name, as mentioned in the jewel section).

“Divine Flesh” is by far and away the strongest defensive ability in the game:

The important parts here are two-fold. Firstly, 50% of all Elemental Damage taken as Chaos Damage, means that you will need AT LEAST the same amount of Chaos Resistance as the Elemental Resistance of the Damage Type that will be dealt to you.

With that setup, we have substantially reduced the damage we take from ANY Elemental Damage in the game. This applies to Fire, Lightning AND Ice to equal degrees, permanently. Additionally, if you get hit by something like The Shaper’s “Bullet Hell” attack, which normally penetrates your Cold Resistance, you will now STILL apply 83% Chaos Resistance to half of the damage it normally deals.

As you can see here, this not only provides very high protection in normal situations, aka. just getting hit by elemental attacks, but it gets substantially more powerful, the stronger the attack is and the more additional modifiers the attack has (such as penetration, lowered resistances, etc).

A well-rolled Rare Helmet is best in slot. For Labyrinth enchant, look for “15% increased Cyclone Attack Speed”. The Rare affix priority is:

Belly of the Beast,

Astral Plate base, featuring the mods listed below. If you cannot afford such a base, any other Armour or Armour/Evasion base will work just as well.

The best gauntlet to use is 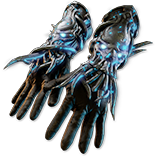 Great Old One's Tentacles, added in Harvest League. They single-handedly fix all your need for better clear and let you focus entirely on defensives and single-target in the rest of your build. While there are “stronger” gloves in terms of DPS, there are no better ones for QoL in this slot. An alternative, if these gloves happen to be very expensive, are the 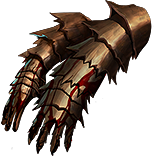 If you specifically want to use only Rares (not recommended!), the Rare affix priority is:

The best in slot here would be an

Atziri's Step, for its movement speed bonus, decent Life roll and spell-dodge bonus. As we take the “Wind Dancer” keystone, it grants us additional uptime on the damage mitigation.

A well-rolled Rare pair of Boots is also acceptable for the absolute ENDGAME, as you would require a lot of specific rolls to make it better than the

Belt of the Deceiver is a great budget Belt that can be used before you can get a great one later on, and it can easily carry you through T15+ maps.

Afterwards, you will want to switch to one of the following options:

And of course, lastly, here comes the Rare option that everyone expected, the

A well-rolled Rare Amulet is best in slot. Use it to fix up your stats, primarily Intelligence will likely be an issue. It will also be one of the best items to stack damage on, so prioritise other slots to fill out resistances and only use the amulet to fix resists if ABSOLUTELY necessary.

Either Heartseeker or Strike True. You will want to go for the highest critical strike multiplier you can find (and afford) on the tree.

Steel Ring can provide a great amount of damage, if your resistances are already covered.

Jewelled Foil is the best in slot for your main hand. However, be aware that “well-rolled” here means REALLY WELL, like 450+ pDPS. The off-hand slot will ALWAYS go towards

The Saviour. This will be your absolute best off-hand available and should be picked up as soon as possible, if the price seems low enough to afford it reasonably well. It is an incredible weapon and will skyrocket your clear-speed and damage potential like nothing else in the game can.

You Unique item progression could look something like this:

At the beginning of the league you will likely not have a ton of disposable currency, so focus your efforts on the Budget option and try to upgrade incrementally using Rare weapons whenever necessary.

Divine Life Flask is very important to have, preferably with Bleed removal.

Lion's Roar provides a good amount of damage and defense. It is imperative to ALWAYS have a

Diamond Flask, as the critical strike chance calculations assumed by this guide include the “lucky” modifier this flask provides.

Make sure to have Bleed, Curse and Freeze immunity on your non-unique flasks.

My usual flask setup and priority:

The following Jewel will be considered MANDATORY for this build to function and need to be picked up as soon as possible:

For the ENDGAME you will also require the following three Jewels, in order of importance:

Pride mod for additional Impales will be very powerful, but it is usually way too expensive to be considered for anything but the absolute endgame.

Anything else additional is nice to have, but there’s no big differences on the Large Cluster Jewels past this point. Make sure you get either an 8 or 9 passive one. Do NOT use a 10 passive jewel, as that will require 1 additional passive point to path through.

Anything else additional is nice to have, but there’s no big differences on the Small Cluster Jewels past this point. Make sure you get a 3 passive jewel, if you can get one with good small passive modifiers. If you cannot get at least 3 of the mods listed above onto the same jewel, go with a 2 passive one, to save yourself a point.