This guide has been constructed to offer players a joyful experience with an all-time favorite skill once again. Whether you want to sink currency into a build or just enjoy playing a Cyclone at lower powerlevels. This guide covers it all.

Builds that rely on a melee skill will always be more skill intensive than ranged archetypes. Additionally, you will be punished harder when you engage in content your character is not quite ready yet as it will be harder to “outgame” the difficulties in your path. However, if you’re set on playing what is one of the most fun skills in the game, this guide will be your best bet as to getting there on acceptable budgets with acceptable progression along the way.

Cyclone is one of Path of Exile’s most well-received skill gems because of how fun it feels to play when you get to slay enemies. Usually, scaling its damage is incredibly hard because of the lack of availability of weapons that would carry you hard enough in the late game that it relied on really hard to get rare weapons. This guide, however, moves away from those rare weapons to give you a clear path & clearvoyant ways to upgrade your character and achieve the builds fullest potential.

This iteration of Cyclone uses the Slayer Ascendancy to achieve a couple of specifics. First of all, it’s easily getting a ton of crit chance, through the Slayers base critical strike ascendancy (Overwhelm). Additionally, it gives you overleech, which is an incredibly strong, often underrated mechanic. It invests further into this archetype by grabbing extra Life Recovery Rate, Maximum Leech Rate & enough Leech to cap so you’re basically almost permanently leeching to full in a matter of miliseconds. This provides you with honestly a really enjoyable defensive layer, not having to worry that you wont be recovering from a single hit if you’re picking up loot or whatever. Lastly it provides solid damage and clearspeed trough its other perks.

Other than that, it uses some special tech & pathing to make sure it achieves enough tankiness to be confortable for a newer player & remains a fun mapper for more veteran players who know which mistakes not to make. It also offers clear & specific paths towards being able to absolutely destroy pinnacle bosses but that requires a more offensive approach which will diminish your mapping fun.

Whilst its gearing can look challenging, we emphasized on getting the build to a state where it can farm towards its endgame upgrade as smooth as possible, albeit possibly in lower tier content.

– The very latest of upgrades are big but also expensive
– You’re still in the fray while killing things, as is melee life
– Ill-adivsed to use Cyclone while going through campaign

I honestly only avoided No Leech maps. Additionally, if you’re looking to not die, maps with Minus Max, Critical Modifiers or multiple damage mods will always be dangerous.

Shockwave Support we stayed away from that path, mainly because there are no step-up alternatives to a late-game Physical Damage Staff which is the weapon of choice for said builds. With the newly buffed 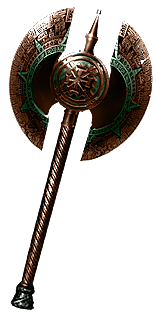 Atziri's Disfavour, those builds now have an alternative as to how you work your way to endgame with Cyclone Slayer. This, more importantly, opens up the usage of unique weapons while working your way to a Disfavour. Uniques like 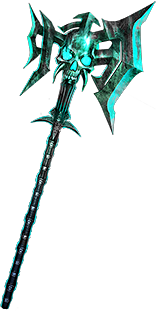 Sinvicta's Mettle will get you to yellow or even early red maps, making it feasible to farm the actual gear for the build on the build, rather than having to play some sort of skill you’re not interested in, and landing on Cyclone eventually, after you’ve found said upgrades.

Obviously, as we’re unable to use the

Shockwave Support because we’re playing an Axe-itteration instead of Staves, we’re looking for another way to amplify our damage. This is where impale comes in. While I want to not flood you with the mechanics behind Impale, it can be broken down to the following simple explanation. Impales are basically a portion of your hit, which gets stored and is then released on subsequent hits making it kind of function like double damage. This can get scaled, making it do more than your own damage or effectively netting your more than 100% to deal double damage. Sadly, this means the sources of scaling it are both limited & expensive. A Watcher’s Eye, for example, can easily be multiple divines, however, with most of the Melee playerbase staying away from impale, usually they’ll be decently affordable and a huge upgrade to your Damage.

Lastly, because of PoE’s demand of sustain & durability, we worked in some defensive layers & auras to make sure you’re not falling flat at the earliest of encounter. By no means does this mean you’re going to have to face-tank any telegraphed mechanics, but the build should be fairly solid while mapping and has enough burst to make you not care about 99% of bosses you will encounter. I’ve killed all non-pinnacle bosses with it an most of the Invitations as well whilst staying with the more durable mapping version of the build. If you’re interested in killing things such as Cortex, Feared, Ubers, … you’re most likely going to need to build for a lot more damage & less QoL to be able to out-race them & their mechanics.

Currently we have no videos available for the build – Should come soon.

If you are not comfortable with Path of Building, PoePlanner’s wesbite offers you a non-PoB alternative to import the pastebin into..

Even though we try to make our guides as complete as possible, obvioulsy it’s possible you still have questions. We have an entire mod-team readily available to support you & your questions on Discord. You can find us LINKDISCORD. Make sure to open a Guide Help thread so things stay clear in the main channels.

If you enjoy my content to such an extent that you’d like to support me and my work, or you have a specific question you request my private time for, I have a Patreon you can check out. At no point should you feel pressured to contribute, but if you do, your support means more to me than you will ever imagine.

Even though we are very adamant about trying to give you a leveling experience that lies as close to your endgame playstyle as possible, we will recommend you to use the standard leveling setups until after act 10. For more information about leveling, we refer you to the following guides:

For starters, create a Slayer in whichever league you want to start. Pick up an

Ground Slam from the vendor to start your journey and go to kill Hailrake and clear Mud Flats. Set up the following links after Mud Flats:

Maim Support to your Ground Slam.

From level 12, after killing Merveil, you’ll be setting up for your road to level 28. You should be breezing through content at this point as these skills are really strong while leveling. Make sure to keep upgrading your weapons as you find more & high level weapon bases and if necessary use the Rustic Sash recipe to get higher DPS weapons.

You are unlikely to use a 6- or a 5-link while leveling, so use as many support gems as your link allows.

Any Steel skill works because it allows you to use Call of Steel skill.