Many players consider Solo Self-Found the “purest” way to play the game — no trading, more emphasis on crafting, with nothing to distract you from the game itself. If you have never tried Solo Self-Found before, it is an extremely unique experience when contrasted with the more popular “trade leagues”. For starters, there is no bothersome crawling through trade platforms, spamming whispers to players, hoping to buy their items, while they mysteriously refuse to reply.

On the other hand, you have less build diversity and freedom on Solo Self-Found, as you can only use items you find or create yourself. This means that builds with specific items are not advised to start with. You may be able to make these builds work later on your journey, but be prepared to play an alternate build that has easier to acquire items or is able to get the items in a later stage.

In some cases, finding a really rare Unique or a powerful Rare allow you to create an all-new build you might not have otherwise been able to execute, which is a novel and exciting experience as well. Overall, Solo Self-Found is an experience that is far removed from the standard affairs offered in a trade league. While it may not be suited to everyone’s taste, all players should give it a try at least once.

+ Entirely different game experience
+ No tedious trading
+ Encourages picking up items and currencies that are often skipped in trade leagues
+ More well-rounded game experience as you are forced to employ many of the game’s systems that trading eliminates
+ Currency can be used for crafting a lot more often
+ Greater challenge — goes, either way, depending on the player

– Less build diversity or freedom
– Requires greater knowledge to effectively execute
– “Slower” game experience — progress through the end-game takes longer (this is a Pro for some players)
– No party play
– Greater challenge — goes, either way, depending on the player

Choosing a Build for Solo Self-Found

A lot goes into choosing a build for any league, but it is of particular importance for Solo Self-Found due to your reliance on your own finds. Unlike so-called “Trade Leagues”, where you often begin a build with an endpoint in mind, it is generally better to choose a build (when League Starting) that has a strong start point for the end-game and mapping. Instead of having a fixed endpoint as a goal, it can be advantageous to find several viable builds within your chosen Class or Ascendancy that you can then re-spec or retrofit your build towards, should you find one of the necessary items.

Having a fixed and powerful starting point for your build is the most important part of enjoying Solo Self-Found. You want your build to be strong enough out of the gate that you are actually enjoying farming the content, clearing maps and progressing deeper into the end game. If you are too ambitious with your choice of build too early, you might find that your character is really struggling which can lead to a miserable experience.

Many powerful Uniques can be reliably farmed through Divination Cards, such as

Tabula Rasa in several hours in the Blood Aqueducts in Act IX, allowing you early access to a 6-Link if needed. That can be a springboard through the early part of the end-game or allow you to level new builds with ease.

As a general rule of thumb, clear speed and power are far more important in SSF than Magic Find, and you should never sacrifice the former in favor of the latter on league start. That said, certain aspects of Magic Find — such as Rarity — may have greater impact on SSF than Trade Leagues, making it a nice bonus. Increased Item Rarity is an affix that is often overlooked or passed over entirely on trade leagues. What Rarity does is increase the likelihood of items being Magic, Rare, or Unique when they drop. Since most Uniques do not have great worth on trade leagues and most players only pick up certain Rare bases, it is easy to see why this mod is not as potent as its competitors.

On Solo Self-Found, however, Rarity is one of the most important affixes, as Uniques can not be obtained simply by purchasing them off of other players. Incorporating a bit of Rarity into your build will result in a significantly increased number of build-enabling Unique items, which can give you access to a much larger number of end-points and possible builds. You are also much more likely to have early access to leveling Uniques, which is incredibly valuable if you decide to level up another character or build.

Certain Uniques, if found, can also be great for further increasing your Rarity bonus, especially early in the league. Good examples are

The Ascetic, which can provide a large injection of Rarity without sacrificing too much in the way of damage or survivability.

Item Rarity Support gem is extremely popular in Solo Self-Found as a 6th link, even if it is only used for general clearing and swapped out for bosses. Alternatively, it can be linked to an aura skill that triggers a chain reaction, such as

Herald of Ice. If you can fit the gem into your build without a huge loss in capability of clear it may be worth it, depending on your strategy.

You should always keep the Uniques you find (so you have at least one of each in your stash) as this will enable you to experiment with different builds or different leveling paths later in the league, or if you decide to retrofit your build. The number of options available to you is only as high as the number of Uniques you have access to, after all. If you already have one or two Uniques, or its an item you are certain you will never use such as 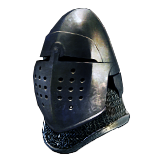 Veil of the Night, you should instead vendor these Uniques. In this way the Increased Item Rarity affix provides a large natural increase to the Quantity of

Orb of Alchemy numbers you acquire.

Since you are no longer using Currency as a means of trading with other players, you might be surprised at how quickly certain orbs begin to stack up in your stash. Just like in any normal league, you will want to ensure that you are using your

Orb of Alchemys on any Map, providing you can deal with the affixes, in order to maximize pack size and quantity bonus. This will ensure you get the maximum possible returns and will keep your Currency pool strong.

If you are using a Loot Filter (highly recommended), you will want to ensure that you whitelist

Orb of Chances, as they are an exceptionally useful tool in Solo Self-Found to give you that extra chance of getting an ultra-rare and/or build-making Unique item. Be sure to also whitelist any relevant item bases that you plan on chancing. We recommend simply carrying around a stack of

Orb of Chances at all times in order to save time.

Linking your gear is arguably the most important step in any build towards achieving the best possible damage output. On a trade league, obtaining the necessary fusings can be as simple as buying several hundred of them off another player in one quick, lump sum trade. On the other hand, slowly collecting the fusings yourself is also entirely out of the question. So what can we do in Solo Self-Found to mitigate this?

If you are not already aware, the

Jeweller's Orbs each. Since 6-socket items are relatively common in Maps, and provide 7 Jeweller’s Orbs each when traded with a vendor, each 6-socket you find is essentially 2x

If you are mapping often you should be able to accrue hundreds of Orbs of Fusing in a period of a few days, or even less if you are playing a significant amount. This gives you a good opportunity to go for 5/6-Links without the need to trade with other players. Remember that each % of Quality on an item increases the chance for it to be socketed or linked by 1%.

As of patch 3.19, GGG has changed the values of the Exalted and Divine orb. Trading a 6-link chest piece to a vendor will now give you 20 fusings.

Chaos Orb is usually self-sustaining once you reach Maps, even if you are Kirac modding and rolling Maps regularly.

The Chaos Recipe is a means of injecting further Chaos Orbs into your stash, however, this is a matter of personal preference, as it takes additional time and inconvenience and many players opt to simply skip doing it. The unidentified Chaos Recipe is also an option, however, you should only do this with item bases that are particularly worthless.

If you are not entirely clear on what the Chaos Recipe is, trading in a full set of Item Level 60+ Rare gear (Helm, Gloves, Chest, Boots, Amulet, Rings, Belt, Weapon) to a vendor will result in them trading you a

Chaos Orb. If the items are all unidentified, the vendor will offer 2

Chaos Orbs instead. If the gear is all Item Level 75+, the vendor will offer a

Regal Orb (or 2 for unidentified gear). Since Chaos is generally more useful than Regals, you can avoid the Regal Recipe by simply having a single item below Item Level 75.

Vaal Orbs can be obtained by trading in 7 Vaal Skill Gems and a Sacrifice fragment.

The settings used by your filter are far more important for Solo Self-Found, as you need to acquire all items under your own steam. Certain items that are not worth picking up on a trade league, such as an

Orb of Chance, offer the player far more potential in SSF. Here are a few general recommendations for settings and items that are helpful to display for your Lootfilter when heading into Solo Self-Found:

Progress through the Atlas is naturally slower when you are playing Solo Self-Found, as you will not be able to purchase them from other players to fill out any missing objectives. It is important to remember that this is a natural part of this type of league, and it is not something worth being frustrated over — the large upside being that you will not ever have to deal with whispering player after player hoping to get a Map off of them.

There are a few tricks to keep in mind in order to expand your Atlas as quickly as possible:

The Survivalist) or the ability to obtain otherwise ultra-rare Unique items. When you are choosing your atlas strategy always consider Divination Cards in your selection. Divination card farming later on in maps is one of your best farming strategies to get the right starting gear or even your end-game uniques.

Also do not forget to enter Vaal side area’s as they can drop you an early 6 link.

Solo Self-Found is a very different gameplay experience than Path of Exile’s standard fare, an experience that every player should give a chance at least once. Many players opt to alternate between Trade Leagues and Solo Self-Found every other league, or every two leagues, in order to add some variance and spice. We hope that this guide has answered many of the most frequently asked questions when approaching Solo Self-Found.

If you have any questions, please join our discord