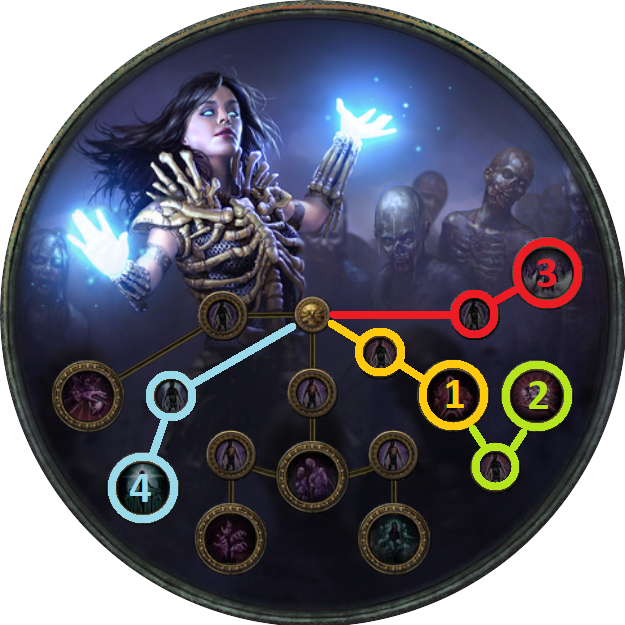 Desecrate the entire time. Really solid notable overall with nothing in particular to elaborate on.

Detonate Dead. Lastly, through Chill and Shock it offers you a big chunk of damage and survivability. The cast speed it offers is a nice quality of life on top of all that!

Even after its nerf this Ascendancy node remains incredibly potent. It basically gives you 25% Block, Spell Block and a huge amount of Life gained when you block (which is very often). This note by itself makes it worth going for Block on Necromancers and really still is amazing! Getting this in Merciless Labyrinth will make the mapping feel incredibly smooth as long as you keep up the

There really only is one option here. You want to help Eramir for Skill Points. Sure, getting some Resistances and Mana Regeneration from Alira isn’t terrible as a league starter but capping resistances really isn’t an issue on this build! Eramir just offers so much flexibility that it almost always is better than the others!