The PoB community fork created by Localidentity is the only version being kept up to date, so make sure you have the correct version: PoB Community Fork. 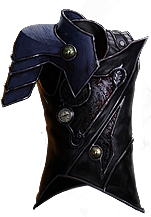 Doryani's Prototype the guide itself will entirely be focused around that approach mostly because it is WAY more budget friendly but I will leave a medium & high budget PoB utilizing this with the help of 3.19 Lake of Kalandra modifiers on our rings & amulet. Do remember that if you decide to run the Prototype you’ll need to cap your Fire & Cold resistances and get as much negative lightning resistance as possible (capped at -200%) this can be achieved from a variety of items, for instance the

Ventor's Gamble . Since the removal of scourge, it has become harder to achieve a massive amount of negative lightning resistance, and we are instead forced to do this via uniques, thereby putting more pressure on defensive stats such as life and resistances to your other elements. You also need to make sure to stack your Physical mitigation up to make up for the lack of lightning resistance. This results in you only having issues with lightning DoT situations such as the Lightning Elder guardian or Baran influenced maps to mention a couple of the very rare lightning DoT’s that exist in the game.

Here you’ll find the low budget PoB for the build: https://pobb.in/tW4s9SXa5bL7
For the bigger versions you can check out the medium as well as the high budget variants within this PoB: https://pobb.in/mM1JRWU3dsvt please do note that there’s a bit of information regarding the Medium Budget version in the “notes” section of this PoB.

Once the skill tree is finished, focus entirely on more jewel sockets or cluster jewels if you can afford it.

Depending on if you’re playing Hardcore or Softcore, you will have to adjust your route depending on the quality of gear you’re able to obtain. For example, if you have lots of Life and Resistance from drops you get during the Acts, you can focus on taking damage-providing nodes over the defensive ones and vice versa. The links below are trees that should fit in almost any situation no matter the drop RNG.

A lot of the masteries available come down to a matter of personal preference but some are more or less mandatory.

Life Mastery: It’s important to pick up the “+50 to maximum life.” This mastery should be picked up as soon as possible, as it scales with any increases to life you pick up on the tree.
Life Mastery: “10% increased maximum life” & “10% reduced life recovery rate” Straight forward mastery that gives us more health.
Minion Offence Mastery: “20% increased effect of Offerings” Since one of our defensive scaling layers is in the form of block via Bone Offering we’ll need this mastery to further scale that.
Minion Offence Mastery: “Minions penetrate 8% of cursed enemies’ elemental resistances” is a very solid choice for this build to further scale our Absolution sentinels damage.
Minion Offence Mastery: “Minions have 30% increased Area of Effect” Simple self-explanatory clear speed increase.
Minion Defensive Mastery: “Convocation has 40% increased Cooldown Recovery Rate” Helps speed up map-clearing.
Armour Mastery: “100% increased armour from equipped shield” Simple armor scaling mastery to help mitigate physical damage taken.
Shield Mastery: “+1% Chance to Block Attack Damage per 5% Chance to Block on Equipped Shield” A must have to reach our block-caps!
Reservation Mastery: “Auras from your skills have 10% increased effect on you” This scales our defensive auras.

The initial page in this guide goes through different leveling strategies but as soon as you have access to Absolution you’re able to level with the build! Using a combination of Absolution and Herald Of Purity makes for a smooth levelling curve that will take you all the way from level 12 to endgame maps.

In my opinion there’s really only one solid option to oil for this build, that is the Gravepact node, this requires the following oils: 1x

For smoother clearing it is strongly recommended to switch the Predator for Minion Speed or Feeding Frenzy to gain a slightly better clearing speed.

Since we only need to trigger 2 of the abilities we will use the third slot as an aura as it is unaffected by the trigger modifier.

We’ll be using Arcanist Brand to automatically cast 2 other spells to avoid having multiple key-binds that needs timing, we can instead pre-cast the Brand on the ground before a boss becomes attackable.

These minions are here to buff your damage output the best way possible. The Animate Guardian is a bit tricky and I would strongly recommend watching the initial video for this build guide as well as this in-depth guide for the AG: https://www.poe-vault.com/guides/ghazzys-animate-guardian-gearing-guide

The spectres we’ll be using for this build can be a bit tricky to find for the new(er) players, you can come to the global channel I made in-game by typing “/global 6666” and ask for them there if needed! First priority of spectre to pick up as we’ll only be running 2 is the Primal Rhex Matriarch this is a T4 seed Harvest monster that debuffs enemies for 4 seconds making them take 50% increased lightning damage with an 8sec cooldown. The 2nd spectre we’ll use is a Baranite Cleric these bad boys provide an aura for us that grants 20% of physical damage added as extra lightning damage. The combination of these 2 significantly increase your damage capabilities.

Simple aura set-up with Generosity, we also throw in our Convocation & flame dash in this set-up.

Utility minions providing both offensive & defensive scaling for your build: