TbXie has been playing Path of Exile since the release of Open Beta, playing a variety of leagues in which he has played Hard- and Softcore, Standard, and Solo-Self Found. He has a background in racing, winning Demigods in the early race seasons as well as finishing high up in recent Flashback ladders, such as Rank 1 Guardian (9th Overall), Rank 2 Berserker. He has experience playing solo and both in push and MF groups, while being notorious for his WorldFirst Delve 6000 with his team & farming multiple

Mirror of Kalandras every league. You can follow him on Twitch and Twitter or ask him your questions in the PoE Vault Discord.

Heist Patch Notes – TLDR: The only potential change that could be changing in the future is the addition of Sigil of Power. Sigil of Power gives your allies additional Lightning Damage when they are in the Sigil. While, personally, I find it hard to foresee a world in which an Aurabot would free up enough Mana to make this very relevant, the skill could still be potent enough for that to happen when people play around with it more. For now, I do not recommend investing heavily into it! Feel free to pick up the gem and play around with this new “Aura”, so to speak.

This build remains exactly the same is as it was pre-Heist League.

This guide has been split over multiple pages. As well as preventing it to be unnecessarily long, we also want you to be able to better find the information you are looking for. In addition to this page, which contains the basic information as well as a leveling section and some tips and tricks, please refer to the following pages as well:

This guide has mainly been written as a follow-up to our Group Play guide and covers everything there is to know about Aurabot support as a Necromancer. It is important for you to realize that this build does not function by itself and relies on another player to do damage and therefore is not SSF Viable.

Whereas this build has existed for the longest of times, it has changed a lot in recent patches and most of all in the 3.10 Delirium Patch with the introductions of Cluster Jewels. This has been further optimized in 3.11 Harvest League. This makes the build a little bit more complicated to gear on the high end but it has certainly gained a fair bit of strength. We will be covering both the basic version, that has been around for years and still packs quite a punch, as well as the Cluster jewel variant, which is outright broken (in a good way).

Changes to Aurabots following the change to Mortal Conviction in 3.7.0. Legion League made it so we are now a little bit more pressured for gear. Mortal Conviction used to give us 50% Less Mana Reserved, making it a lot easier to run all the Auras. Then again, running around with all auras in game and 15K Energy Shield on a budget might have been a tad too strong.

Don’t you worry though, even if this build is impossible to play solo, it is amongst the tankiest characters in the game, combining really high effective HP pool with high resistances and other defensive layers. On top of that, every DPS will be happy to have you next to them.

+ Excellent build to play with your friends or in groups

– Can’t be played alone since it deals no damage

While a lot of players think Support characters don’t really do much, they are actually amongst the most challenging builds to play in the entire game.

An Aurabot’s job is pretty hard to succeed at. First of all, you are the main looter of the group. Given that there is a tremendous amount of loot dropping (most of which is currency) that you have to pick up, you’re going to need to be fast on the fingers and accurate on the mouse to pilot this character to success, since you obviously never want to be behind your group, picking up loot.

The reason you don’t want to be left behind is because you are the group’s most reliable source of damage. You can’t be countered by monsters that are resistant to curses or maps that have reduced curse effects. On top of that, your Damage Dealer only uses “%increased damage” affixes and passive skills which means he has no base flat damage without you.

On top of all that, you’re also the character who has the most aura effect scaling and hence will be using

Vaal Grace. This skill benefits a tremendous amount from Aura Effect, as it has really high base numbers to start from. Starting at 34% Attack and Spell Dodge we can reliably get it to be a 70% Dodge aura. Anyone who’s using a

Quartz Flask in your group will therefore be Dodge Capped.

The reason why Dodge cap is so overpowered, especially in a group scenario, is because of how the damage calculations work in PoE. Whenever an attack or spell hit comes in, it will first check your appropriate dodge chance. This happens before any other mitigation, so 75% of all incoming damage would therefore be dodged before it gets either mitigated by Evasion, or later Block chance, and finally Life, Energy Shield and Resistances. It is safe to say that during

Vaal Grace with the appropriate Aura Effect, your group is close to impervious to damage. We will be on the lookout to optimize our

Vaal Grace uptime as a result.

Finally, when you still have time after occupying yourself with all of the above, you want to

Smite monsters. Smite is the strongest offensive “aura” you have, but it is circumstantial as you’re going to need to hit something to make it work and it doesn’t have the longest of durations.

We list all of the skill gem links on our dedicated page.

All the information you would ever need about your ascendancy, bandits and pantheons can be found on our dedicated page.

As a cookie cutter selection, we’ll opt for the most standard of Aurabots and its gear. For more information, please refer to our Gear, Jewels and Flasks Page.

Just to refresh your memory, remember that this build is not to be leveled or played alone. To help you in the leveling process, you should check out our selection of leveling guides.

For starters, create a Witch in whichever league you want to start. (optional: you can create a Scion and kill Hillock real fast to be able to store the

Onslaught Support in your stash so you can use it on your Witch. The Witch class can’t access this gem until Act III otherwise).

You will want to start out by buying two wands from the vendor. On top of that you want to buy an

Explosive Trap as well. After you’ve run the Mud Flats with your group, you’ll proceed to kill Hailrake in the Tidal Island by yourself with

Explosive Trap. Everyone in your group will want to do this solo, because Hailrake is guaranteed to drop a

Quicksilver Flask and a

Frost Bomb from your quest rewards. You should be able to just farm experience while someone else tries to make it to Brutus. One

Frost Bomb and a single

Explosive Trap should kill most packs. After killing Brutus, you will be adding an

Added Lightning Damage Support to your

Make sure to pick up a

Flame Dash at some point between Brutus and Merveil. From here on, again, you’ll be sticking with this until we are Level 12 and have killed Merveil.

After we’ve killed Merveil we will try to have the necessary links and currency to get ourselves the following:

Additionally we can use

Herald of Thunder to supplement our damage until level 24. After we’ve set ourselves up for success till level 24, we’re going to be looking for the one item we absolutely need: a 4-link with 3 red sockets and 1 blue socket.

The swap to full support at level 24

This will complete our transition to support. Alongside those two offensive Auras, we are also going to be running a

Purity of Elements to help cap our elemental resistances.

To be able to run these aura’s and transition to support, you need a couple of things set up. You need to run Library to get hold of a

Generosity Support and you need to ask one of your group members to pick you up the aura gems. If you can’t accumulate them through quest rewards you’re going need a

Orb of Chance per missing gem.

At level 24, your skill tree should look something like this to make sure you can run all the Mana reservation. Do note that the 3 Damage nodes we picked up are to be respecced as soon as we get respect points from the leveling.

Level 55 and onward is our next upgrade so until then you should have felt fine with what you were doing. At this point you should have a passive skill tree that looks like this.

After you complete the Wings of Vastiri quest in Act8, you’ll be able to pick up a

Conqueror's Efficiency. After you’ve socketed that into the empty jewel socket, you’re going to be able to add one aura to your repertoire.

While there’s a variety of options here, we recommend it to be

Grace. Grace adds tremendous amounts of survivability in the earlier stages of the game as monster accuracy scales with area level. Getting a chunk of flat Evasion will basically make you immune to attacks till we enter zone levels of 70 and higher.

We recommend you to keep this setup until you’re ready to make a full switch to Low-Life. This typically never happens before level 68 as that is the highest level requirement you’re going to be having on any piece of gear. You will at least need a 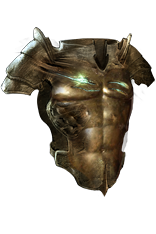 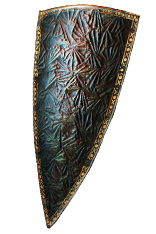 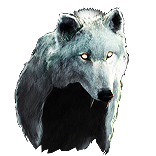 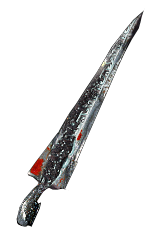 Ephemeral Edge, and a couple of solid rare Energy Shield pieces to be able to survive.

Here’s a PathOfBuilding that could mimic a day one early mapping support. This is the roughest part of your journey, as flat Energy Shield is hard to come by at this stage. Having 3K Energy Shield and solid layers of defence should last you at least for a couple of hours though until we can afford a decent pair of 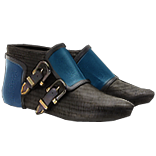 Sin Trek or until we find a little bit better Energy Shield pieces.

What Are My Most Important Upgrades?

If we take a look at the starting transition gear, I would say it’s both a

Shavronne's Wrappings and an anointed

Presence of Chayula. When you swap to these, you’d be surprised how bad the other pieces of gear are able to be without it causing you much of an issue.

Even at the very most basic levels of gear and level 80 overall, these two items would put you at an easy 7K Energy Shield while running all our damage and defensive auras. That means we are pretty much done getting upgrades until their prices have dropped to just a couple of

Chaos Orb whenever you have those. Having a super tanky support enables your mapping group to go much faster and will make those chaos back in no time.