Kill uber bosses on a 3 button build! Smooth as butter to leaguestart, Storm Brand feels great from act 1 to endgame. One of the safest, most mobile playstyles around! Drop brands near an enemy and they die, no aiming or facetanking required. Combined with

✔️ Easy Scaling – So much of our damage and defense comes from Ascend points and items/gems, the early league power scaling process is an absolute breeze.

✔️ Highly Mobile – Once the brands are out and ticking, your job is done and you can focus on dodging.

❌ Bossing Price – Storm Brand will clear your maps cheap but if you want to kill pinnacle bosses, it does carry a cost.

❌ Not For Everyone – Some people think brands feel ‘spammy’ with how much you refresh them. I have tried to fix this by not using swiftbrand.

You will see a pack, drop a brand near them, and they die. That’s literally it. The brands will jump from enemy to enemy within the pack, shocking and chilling everything until they explode thanks to

Inpulsa's Broken Heart. As the enemies die you can be moving forward or dodging attacks, or even looting nearby!

Nothing that reduces resistance works for us, because Inquisitors ignore resistance when critting. Our job is to stack crit as high as possible to maximize this benefit. Crit chance, crit multi, cast speed, spell damage, and percent/flat lightning should be the priority, roughly but not exactly in that order.

The current PoB’s for this build are always available here or on the page linked below:

Leaguestart: Used for fresh leagues, or a start with near-zero currency. Its purpose is to get established farming early maps and buying gear for the next stage.

Midrange: We are now into the main build, Petrified Blood is running and we have a decent ES pool with

The Burden of Truth.

Inpulsa's Broken Heart is either acquired or next on the list. Wearing one

Call of the Brotherhood, a 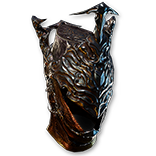 Crown of the Inward Eye and the rares in our other slots are decent. At least the large cluster and one medium, plus the smalls.

I ran a ranger into town for pierce, recommended but you don’t have to.

You can use either 2 wands or a shield for now, but you will need 2 good wands before you take the dual wield nodes.

Don’t level Arcane Surge at all, and only level clarity when you need to.

Sell some blue items unidentified for transmutes to buy gems.

Pick up some BBB BBG BBR 3Links along the way for later.

After doing tidal island and opening the cave you can get Frostblink, Orb of Storms and Steelskin in town.

I put Steelskin on my move button so it autocasts as a free defence layer. You might need an Amber Amulet to meet STR requirements for awhile. If the mana cost is too much stop leveling it or take it off entirely for a few levels.

You get Clarity/Vitality after killing Brutus, I wear both if I have the transmutes to buy them. If not get clarity first.

You will get Herald of Thunder and Concentrated Effect as quest rewards.

Do the library quest and buy Determination, Petrified Blood and Arrogance to start leveling in a weapon swap setup.

If mana is an issue when adding Zealotry, get a new Vitality or Clarity from the library vendor and level it again slowly.

After killing Kaom and Daresso you can get CWDT from the vendor, link it to Immortal Call and Stone Golem for a nice defence layer. Adding inspiration will lower the high mana cost of this setup.

This was the setup I ended the acts and started mapping with, from here I moved towards matching the Leaguestart PoB setup.