All of my builds are broken down into stages to make the upgrade path easier. This build has a minimal tree and gear changes between each stage.

Leaguestart PoB – This is for either a fresh league or a start with zero currency.

Carcass Jack is the only big expense.

Atziri's Step is also a good league start choice as they’re pretty easy to get. The rest of our setup is cheap rares, always look for armour/evade bases where possible. Make sure to start crafting your Topaz and Sapphire flasks for maximum charge generation.

Our attack is now socketed in a 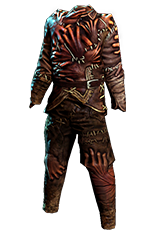 Skin of the Loyal. We have the beginnings of a cluster jewel setup. Once you get leech from the large cluster, you can remove the leech wheel above Ranger area as well as a few other points near the Scion area. Overleech comes from

The Overflowing Chalice helps with charge sustain early on. Flasks should be nicely crafted by now. You’re looking for increased charge recovery on your

Sapphire Flask as well as using an

When you get a 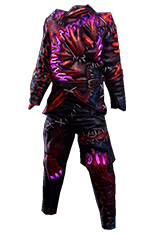 Skin of the Lords with Elemental Overload, the left side of the tree can be removed and points put into an Impossible Escape jewel for Wind Dancer. Crafting upgrades for Boots, Helm, Gloves and Amulet will be required. Boots especially should be worked on because they give us half of our ailment immunity. Glove implicits are also important and very easy.

This build uses only 3 masteries.

This is the general setup I run with

Awakened Greater Multiple Projectiles Support which would be GGGRRB.

Only Mark on hit and Snipers Mark need to be linked.

We have a few auras in this build, you might not be able to fit in precision or banner at first but always should run these core ones.